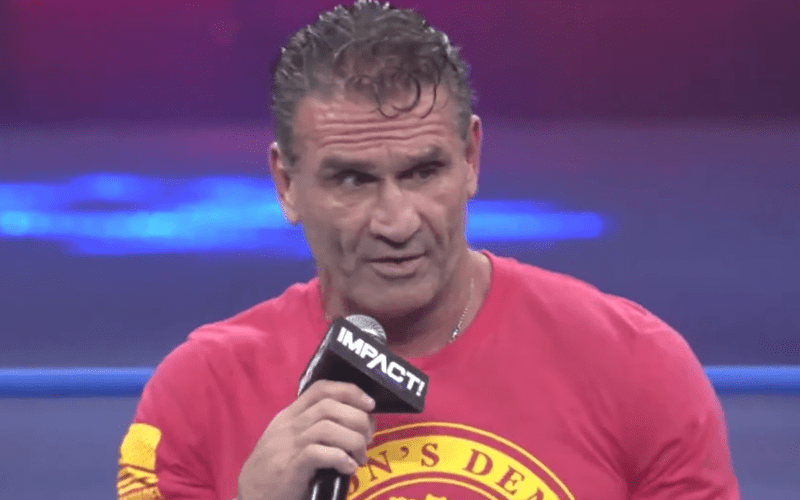 Impact Wrestling is trying to gain attention, and it was recently reported that Kurt Angle was in talks to return at Bound For Glory. That didn’t happen, but the company was also in talks with someone who could have brought attention.

Ken Shamrock is still a featured part of Impact Wrestling’s content as their most recent Hall Of Fame inductee. This almost brought Chael Sonnen into the company, but talks fell through.

It was reported in the Wrestling Observer Newsletter that: “Chael Sonnen had discussions about coming here for a feud with Ken Shamrock but ultimately decided against it.”

This might have been an interesting angle for Shamrock. He is getting quite a focus in Impact Wrestling, and some fans might have really enjoyed watching some sort of a program between the two. Things couldn’t work out and they went a different way.

Ken Shamrock has an Impact Wrestling World Title match against Rich Swann on next week’s episode.