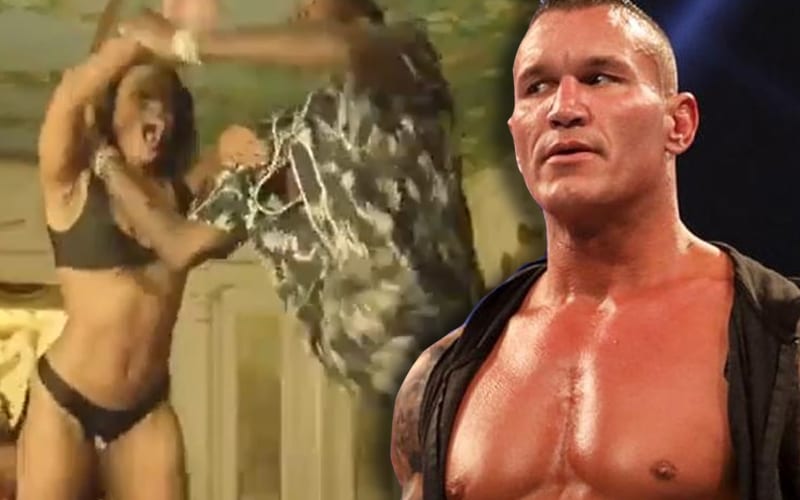 Randy Orton has inspired countless people to hit an RKO outta nowhere. He recently saw that 2 Chainz got in on the fun as the rapper hit one in his latest music video.

The Viper saw the new 2 Chainz video for “Toni.” The rapper was quick to let fans know that no models were harmed in the filming of the video, but one took an RKO.

Randy Orton had some pointers to offer 2 Chainz after he saw the rapper’s form when applying his finisher. He was very amused by the effort 2 Chainz put forth, but he also offered a bit of advice: “hit me up for your next video and I’ll help you with your form!”

This isn’t the first person who hit an RKO outta nowhere outside of the pro wrestling ring to gain attention. Odds are there will be plenty more to come because Randy Orton isn’t done hitting hit own patented version of the finisher.