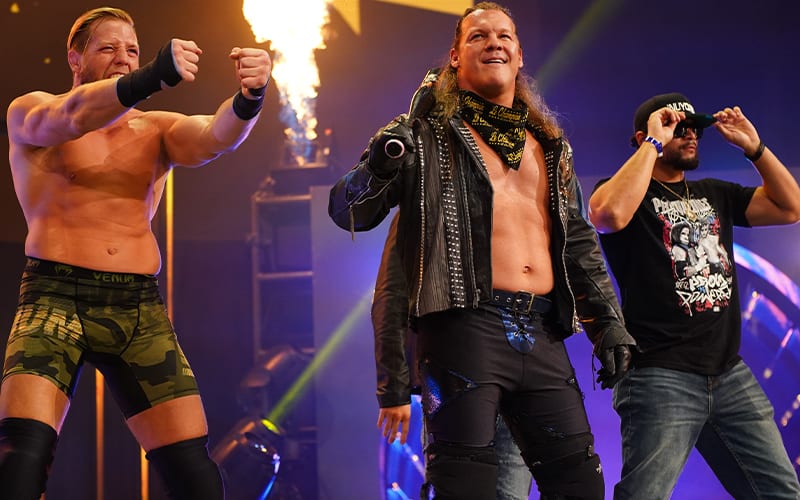 The Inner Circle went to Las Vegas, and they had quite an experience. A lot of fans were reminded of the Hangover movies, and they weren’t far off, only Mike Tyson didn’t show up. The King did, and now he’s in the Inner Circle.

An Elvis impersonator started hanging out with the Inner Circle during their Vegas adventure. He was even in the bed with Jericho on the next morning when they discovered the chaos left from the previous night.

Le Champion was happy to announce that Elvis is now in the Inner Circle. We’ll have to see if he shows up to Daily’s Place next week, but it certainly made for a great cameo.

Konnan, Piff the Magic Dragon, and Swoggle also appeared during that Las Vegas excursion. The Inner Circle seem to be closer than ever after MJF and Wardlow’s induction. Now they apparently have Elvis in their ranks as well.