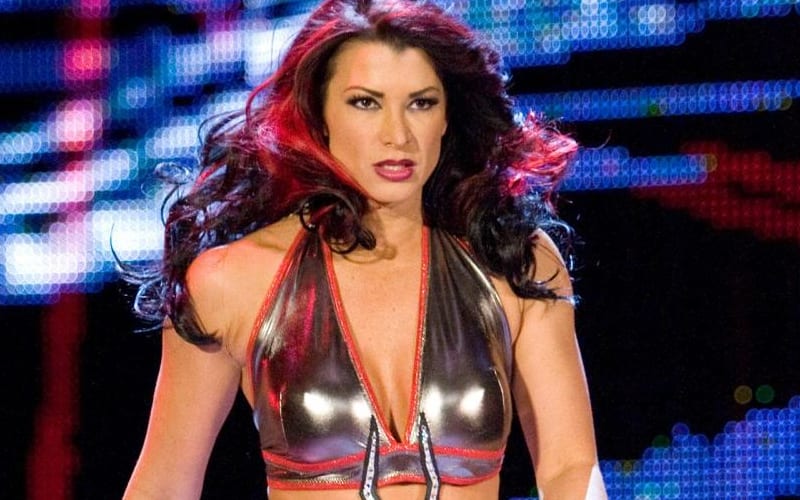 Lisa Marie Varon hasn’t gone by Victoria in a very long time, but some fans will always know her by her WWE Superstar name. She almost made a return to the company, but things just didn’t work out

While speaking to Wrestling Inc, Varon revealed that WWE almost hired her as a trainer, but they went with Sarah Stock. Varon was living with her brother out of a suitcase after her divorce. It wasn’t the best time for her, and the job didn’t work out.

“I talked [to them] a long time ago when I got divorced, [and] I moved back to California. So I was living with my brother, Mike, and I was living out of boxes. I didn’t want to unpack because they contacted me about possibly bringing me in as a trainer. And then I was calling, ‘Hello guys. I’m living out of a suitcase. I have one suitcase here at my brother’s house. Do I get an apartment? I can’t invade my brother’s family’s home.’ Even though they’re open arms. ‘You stay as long as you want,’ but I’m an adult. I need my own place. I need to set out my stuff, and do I unpack?

“I finally called Fit Finlay. He goes, ‘They already hired somebody for the training spot. They went with Sarah Stock,’ which is a great choice. I love her. She’s gonna be a future guest on our show, but I just wished I got a call back just to say ‘Hey, we’re going to go with somebody else. You can go ahead,’ and then as soon as I got the call, I was moving in with Torrie Wilson in LA. I was on hold.”

“I was like, ‘Okay, It’s been three months at my brother’s house.’ My brother’s like, ‘Have you heard back?’ And I go, ‘I called, but you don’t be a nag.’ But at the same time you’re like, I need to move on. I need to know what my next chapter in my life is. Do I go out to LA? Do I stay near my brother’s house? But I didn’t get the spot. My feelings weren’t hurt because I didn’t get the spot. My feelings were hurt with ‘well, I didn’t even get a callback to say move on.’ That’s when I got the boo-boo face.”

Victoria’s return to WWE didn’t work out that time, but you can never count out future opportunities. Sarah Stock was eventually released in April of this year as part of the company’s cutbacks.