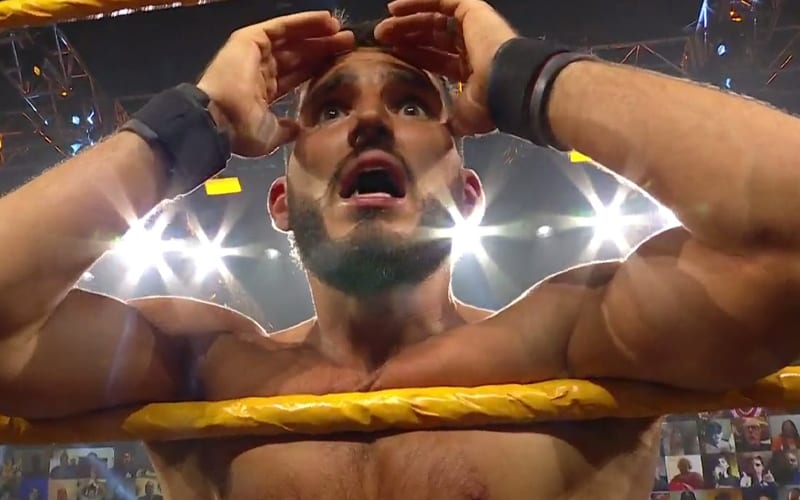 Leon Ruff shocked the NXT Universe when he won the NXT North American Title last week. Johnny Gargano had a chance to get revenge over that loss this week on NXT, but he didn’t count on Damian Priest yet again.

Johnny Gargano started out the match by taking control of Leon Ruff. Then Ruff returned fire with a dive, but Gargano blocked a crucifix pin attempt, and Johnny Wrestling moved to avoid a top rope dive from Ruff.

It looked as if Gargano was going to win the match, and then Damian Priest, who was standing on the top of the ramp, came down to pull Ruff out of the ring. Priest looked at Ruff and said “sorry kid” before clocking him in the face.

The referee called for the bell and Leon Ruff won via disqualification. This also means that Leon Ruff is still the NXT North American Champion. Johnny Gargano was not happy about this at all, but Damien Priest thought it was hilarious to get one over on Gargano once again.