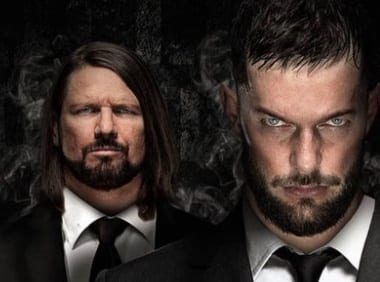 While we have seen a few hints of a bigger storyline when it comes to The Club and those who have made their way over to WWE after being part of Bullet Club, it’s never quite come to fruition.

Many believe that it’ll never really happen in the right format now that Luke Gallows and Karl Anderson have made their way over to Impact, but it’s worth noting that three former leaders of BC currently reside in WWE.

They are, of course, Finn Balor, Adam Cole and AJ Styles – and Balor isn’t exactly afraid to tease the idea of something happening between the three of them.

AJ would need to make his way over to NXT for anything to really develop here, but it’s nice to know that it’s still a possibility – even if Finn is just trolling.