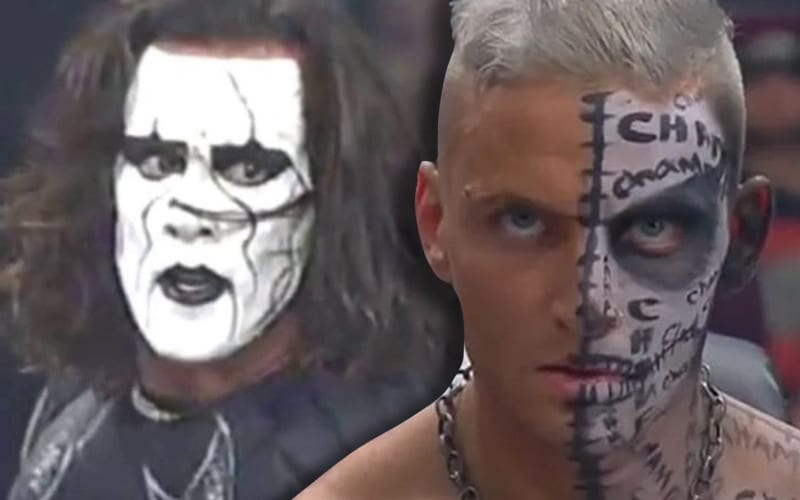 Sting took a long break from WCW television and the Surfer Sting did not return. Instead, the Crow-inspired version of Sting came down from the rafters. Darby Allin has been compared to many stars already including that darker Sting character.

While speaking to TV Insider, Darby Allin addressed the comparisons he receives to Sting’s brooding Crow gimmick. He explained where his own face paint concept comes from, and how he’s just always loved the gothic aesthetic. He is flattered by the comparison, but it wasn’t intentional.

My face paint just comes from my real life. That’s not really a character thing I try to rip off of anybody. I’ve always just liked the dark stuff. I’ve always been a fan of the gothic aesthetic. Just weird stuff. I’m flattered by  [the comparison], it’s cool, but it’s definitely not what I’m thinking about while I’m doing it.

Darby Allin even sits in the seats at Daily’s Place surveying the entire ring like Sting used to. Allin didn’t craft his character to borrow from the Stinger at all, but it certainly seemed to work out to create a familar bond with a lot of fans.