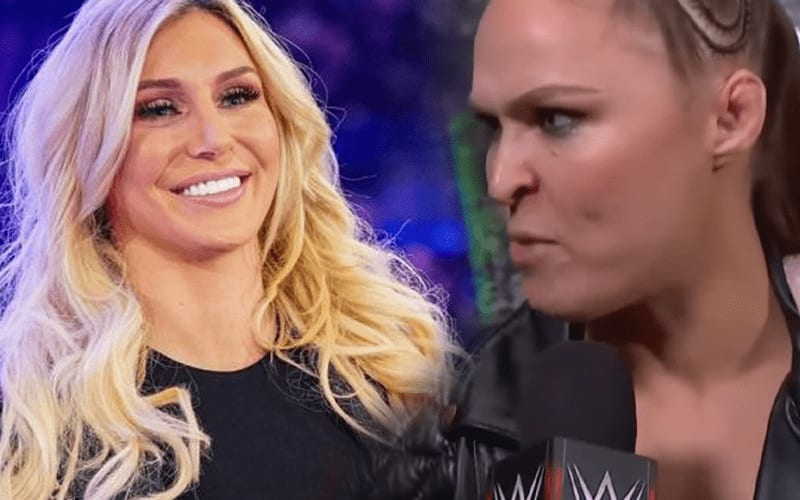 Charlotte Flair is currently on hiatus from WWE, but Ronda Rousey hasn’t been seen in an even longer amount of time. If you ask Charlotte Flair, she is somewhat responsible for squashing Rousey’s desire to become a pro wrestler.

WWE posted a clip from the 2018 Survivor Series which included Rousey vs Flair. That match should have been Lynch vs Rousey, but Nia Jax’s heavy right hand had other plans as she broke The Man’s face days before the event.

Charlotte Flair whacked Rousey with a ton of kendo stick shots during that event. The crowd also seemed to turn on Rousey and that is what The Queen focused her reply on.

The night Ronda stopped wanting to be a wrestler, IMO.

We’ll have to see when Charlotte Flair and Ronda Rousey return to WWE. Both of them are out of action for much different reasons, but it’s unclear exactly how long they will wait before returning.

Flair had cosmetic surgery, and she has other acting roles as well. Rousey is at home in Browsey Acres waiting out the pandemic. She’s also keeping the ring rust off and a recent rumor of her husband Travis Browne’s WWE interest could be a very interesting addition to her possible return.