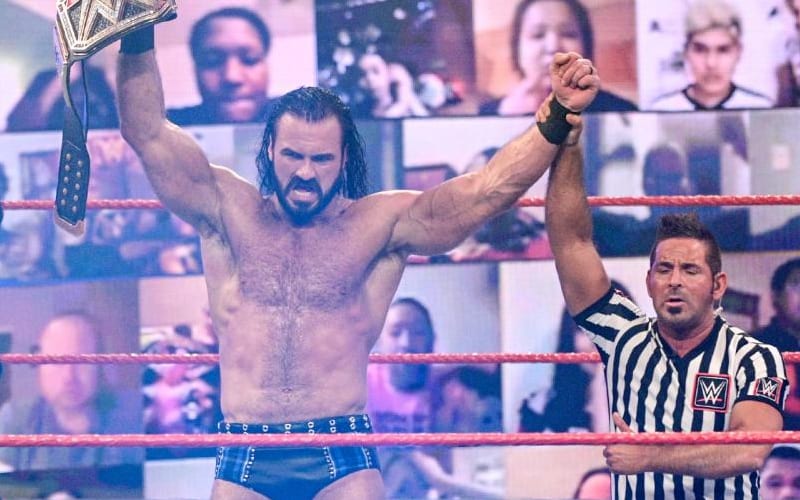 Drew McIntyre picked up the WWE Title this week on RAW, and it was a surprising title switch six days before Survivor Series. That changes up the Survivor Series card in a big way. Now The King Of Claymore Country will take on Roman Reigns on November 22nd. What comes next for McIntyre?

During Wrestling Observer Radio, Dave Meltzer explained that Drew McIntyre needs opponents. Sheamus presenting McIntyre with a chest full of family heirlooms on RAW this week was a device to start a feud between the two old friends.

“Drew McIntyre needs opponents […] Any time someone is your close personal friend, isn’t that a sign that you’re going to break up and turn on them?”

It was noted that this is an old formula in pro wrestling that isn’t limited to WWE. Even in the territory days, whenever someone would come into a company as the friend of a star that generally meant that a match was coming for the two down the line.

Sheamus presented McIntyre with a sword during that segment, which McIntyre later used to pull off a brand new entrance. You never know if Drew McIntyre could eventually become the only WWE Superstar to win the WWE Title with zero fans, in the ThunderDome in front of virtual fans, and then once again down the line when live fans return.

It’s unclear how quickly WWE will get to Sheamus vs Drew McIntyre, but that hard-hitting match between to friends is seemingly in the pipeline.