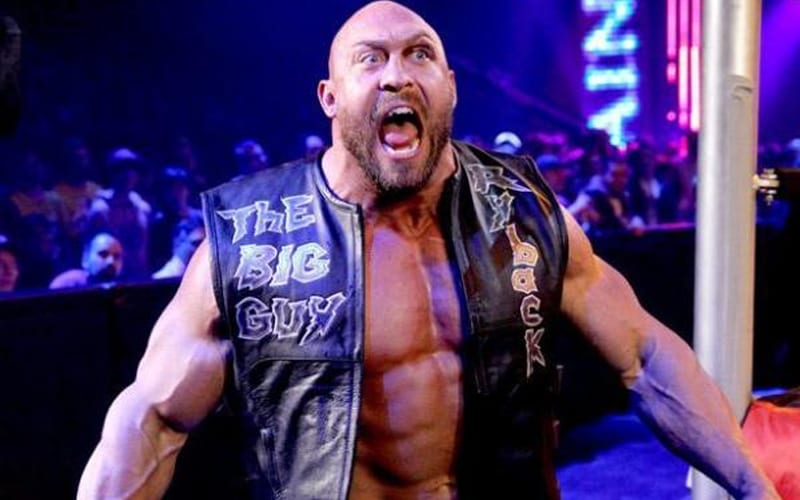 Ryback and WWE are still in a legal gridlock over the ownership of his name. There was a time when it appeared that he would be awarded that name, but then WWE renewed their trademark on it. Some fans don’t seem to have a grasp on the situation.

A critical fan tweeted out to Ryback saying: “McMahon definitely has huge flaws, but who is Ryback to talk? At least others like Moxley and Miro are trying to make new names for themselves in other promotions (which I have my critiques of). Maybe there’s a reason not even AEW is calling Ryback.”

A different fan replied to that negative tweet by saying: “Ryback hasn’t stopped building his brand & business for a second. WWE keeps trying to steal it from him; something they did not put the work in, sacrifice for, or let alone COME UP WITH. The problem is there are so many bitter people out there that everyone assumes he is too.”

Ryback responded to that second tweet with two quote retweets. In those messages he described his ongoing struggles with WWE and the company’s efforts to not only suppress his free speech, but not help him fix the damage caused under their umbrella. He also made sure to say that this is not about creative, or any “fake BS.” This is about something much more important.

Bingo. Company has betrayed me from the start and never once offered to help with the problems they were responsible for, but I fixed it. They’ve suppressed my Social media and forcing me to spend lots of cash for a trademark they only renewed because it was being awarded to me.

It’s all my fault and I will fix it as I have. This isn’t about creative or any of the fake BS, it’s about life and I will continue to speak up for change. I get nothing from doing so, but I believe change is already happening in the business for the better.

Ryback very well could arrive in AEW eventually, this is something he has never been opposed to. That day hasn’t happened yet, and he is still bettering himself. Ryback also replied to that first negative fan by clearing up a few misconceptions.

I’m sorry you don’t understand anything going on in my life including 16 stem cell procedures to save my back and shoulder. Last 2 years I stopped wrestling to care for my dog Sophie with disc disease and 8 surgeries. Be better, you have no clue what you speak about.

Ryback said that his dog is doing much better about 6 weeks post-neck surgery. It is a process of constantly monitoring her, and she always wants to play which is prohibited. In the meantime, fans will have to wait for Ryback’s in-ring return, but he’s certainly not writing off the possibility yet.