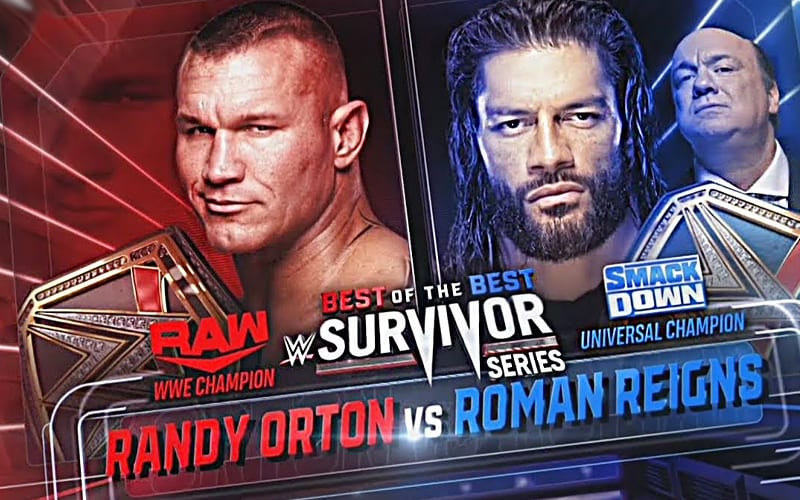 Survivor Series will feature champion vs champion matches up the card. Roman Reigns’ opponent is going to be either current WWE Champion Randy Orton or Drew McIntyre, RKO’s challenger on RAW this week.

Randy Orton is sitting at +225 to Roman Reigns’ -345 odds. If someone bets on Randy Orton, and he pulls off the win, then that will be a nice return on their investment.

There are no current betting odds on Roman Reigns vs Drew McIntyre. If I were a betting man, Reigns might have something to do with McIntyre not winning the WWE Title on RAW this week. McIntyre vs Reigns seems like a match they could build for down the line. McIntyre did fire the first shot at The Tribal Chief on SmackDown.

We’ll have to see how Survivor Series turns out, but it’s not likely to be the start of Roman Reigns losing any sort of momentum.