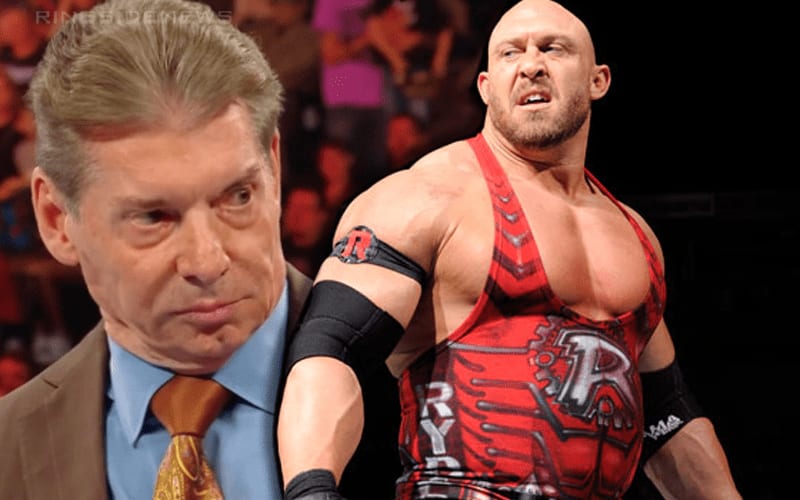 Ryback sent out a tweet in support of Zelina Vega after WWE released her. We have spoken to some in the company who were not shocked by her release at all.

After Vega’s release, Ryback fired off a tweet directed at Vince McMahon. He said that McMahon’s “evil ways” will make people leave him. He also said that McMahon is “living in fear” and going up in flames because of those insecurities.

The frustration @vincemcmahon has lived is empowering people, but through his evil ways they always leave him. If he learned to empower and love talents fully they would always love back. Vince is living in fear and going up in flames for his own insecurities due to his father

One fan tweeted back in response to Ryback’s message to Vince McMahon. This fan said: “Not tryna sound like a hater, but why do you still talk about Vince and the WWE all these years later… why haven’t you moved on if you hate them so much.”

Ryback replied to this fan and he told him to mind his business. He has moved on, but WWE continued to keep his name in legal limbo since 2016. He also brought up how WWE pushed out fake stories about him, something that Ryback has called attention to in the past.

Mind your business. I’ve moved on in every sense. Company has illegally suppressed my social media since 2016, pushed out countless false pieces and I am officially taking the Ryback Trademark from them as we speak that is mine. I will expose them every chance I get.

Many fans have varying opinions on the matter, but Ryback has his own viewpoint because he lived through the situation. He knows what Vince McMahon is capable of, and he sees a trend as well.

Andrew Yang tweeted out last night that he hasn’t forgotten about Vince McMahon. We’ll have to see where that promise leads since Joe Biden is now the President-elect.