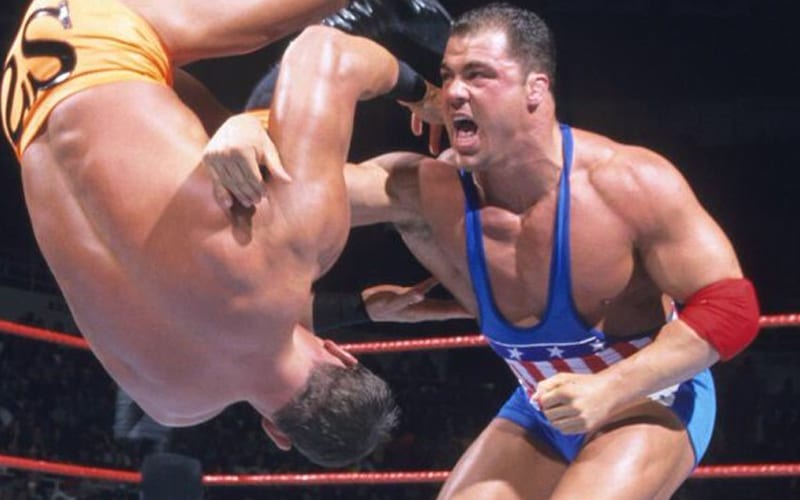 Kurt Angle entertained millions of fans around the world while he was with WWE and Impact Wrestling. Now he is a WWE and Impact Hall Of Famer, and he is retired. Today is a very special day for his pro wrestling career.

The Olympic Hero debuted for the company 21 years ago today. Survivor Series 1999 was a big night for him that he will never forget. He remembered that landmark moment with a tweet and a caption to celebrate this big milestone.

21 years ago to this day, I made my WWE Debut at the 1999 Survivor Series PPV. Thanks to the WWE Universe for the Amazing memories we shared. Much Love! #itstrue

Kurt Angle is enjoying his life as a retired pro wrestler. He has time to focus on his health foods business that really picked up in the past year or so.

Angle also turned down an offer to become Matt Riddle’s manager. He will still never forget the amazing memories from his WWE career.