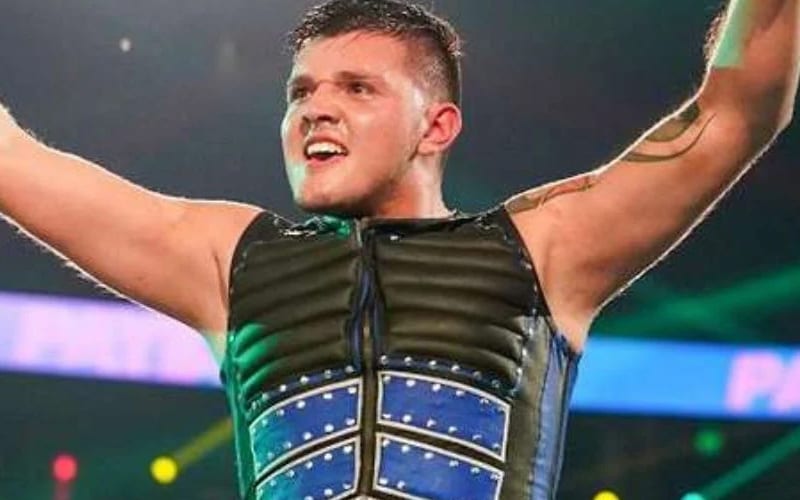 Dominik Mysterio, Rey Mysterio’s son has impressed WWE fans and higher-ups since his debut. It wasn’t supposed to happen for Dominik this soon.

Chasing Glory spoke to Rey and Dominik Mysterio where Mr. 6-1-9 revealed that the plan for his son did not include a 2020 WWE debut. Things happened much quicker than they anticipated as WWE was able to bring Dominik in much sooner.

“We weren’t expecting this opportunity so quick. We were still giving it about another year of training. We started to negotiate with WWE for him to potentially sign a developmental deal and we said ok. I told him to go to the Performance Center and get ready and be ready by 2021. This opportunity presented itself. I told him I can’t say yes or no. It’s up to you. However you feel. As a parent, the last thing I wanted him to do is fail on his first try. I said all eyes are on you. It isn’t an indie show with no TV. You are live worldwide, SummerSlam, one of the biggest PPVs in WWE. He took the opportunity. He had been training for almost three years by then.”

Dominik trained under Lance Storm, Konnan, and others. He was confident that the training he received prepared him to capture his opportunity against Seth Rollins at SummerSlam.

I felt I could do it. I had training from Tempe, to Calgary and then to come home to San Diego and the people I had been in the ring with and the feedback I had been getting, I felt that I could do it. I wanted to take advantage of the opportunity that was being presented so I jumped on it.”

We exclusively reported how elated Vince McMahon with Dominik Mysterio’s performance. This led to many more high profile spots for him.

We’ll never know how WWE history would be different if Dominik Mysterio waited until 2021 to make his debut, but it certainly seemed to work out in 2020, a year when few things have worked according to plan.