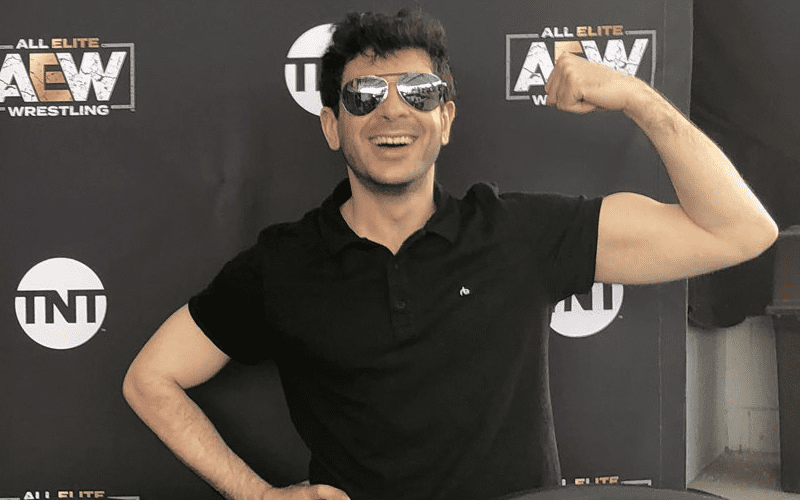 Tony Khan hyped that the pro wrestling world will shift this week on Dynamite. The ratings aren’t in this week, but they did drum up an awful lot of attention in the process.

Khan later explained his previous tweet to let fans know exactly what he meant by causing a shift in the pro wrestling world. This week’s episode of AEW Dynamite was the start of that. He is very pleased with how everything went this week as he sent out a tweet to fans.

Thank you everyone who watched #AEWDynamite last night! A shift in wrestling’s balance of power has begun & the winners will be the wrestling fans. PAC’s returned after 8 months & I have aces up the sleeve in the weeks ahead. You won’t get them all at once but you’ll get them all

Tony Khan has some “aces up his sleeve” for the upcoming weeks. Using the term “ace” will certainly make some think of Tanahashi, but it’s doubtful AEW can arrange a trip for the NJPW Ace considering the current pandemic situation. That “forbidden door” between the two companies is still seemingly closed.

We will have to wait and see what AEW has in store in the weeks to come. Tony Khan seems very confident that they will present some can’t miss television.