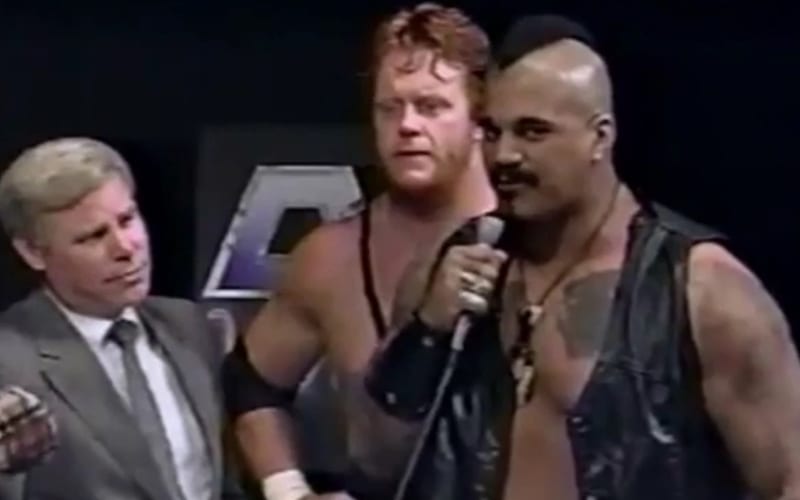 The Undertaker is advertised to give his Final Farewell at Survivor Series. We’re not sure what that means, but the Deadman is celebrating 30 years in WWE, and The Godfather was there in the beginning.

While he was on WWE The Bump, The Godfather opened up about first meeting The Undertaker. He was called “The Master Of Pain” at the time prior to taking on his iconic Phenom character. This also predated The Godfather’s street-wise gimmick by years.

The Godfather was green at the time, and he was told that they were bringing in someone who had more experience than him, a red-haired “kid” named The Master Of Pain. Godfather said that their first match was so terrible that they were paired in a team together for a short time.

“They were like ‘we’re gonna bring this big, tall red-headed kid to work with you. He’s not as green as you and he can help you along.’ They brought him in and his name was Master Of Pain. So, they brought him in and we met and I think we had a match against each other and it was so horrible that they put us together. So, we were a tag team for a short time, and we became really good friends.”

Godfather and Undertaker “broke in at the ground floor” together and made it through a lot. They also racked up a lot of stories, but Godfather didn’t reveal any specific ones likely due to The Bump’s morning talk show time slot.

You can click here to watch The Undertaker’s first match and promo as part of Smoky Mountain Wrestling when he was The Master Of Pain in 1989.