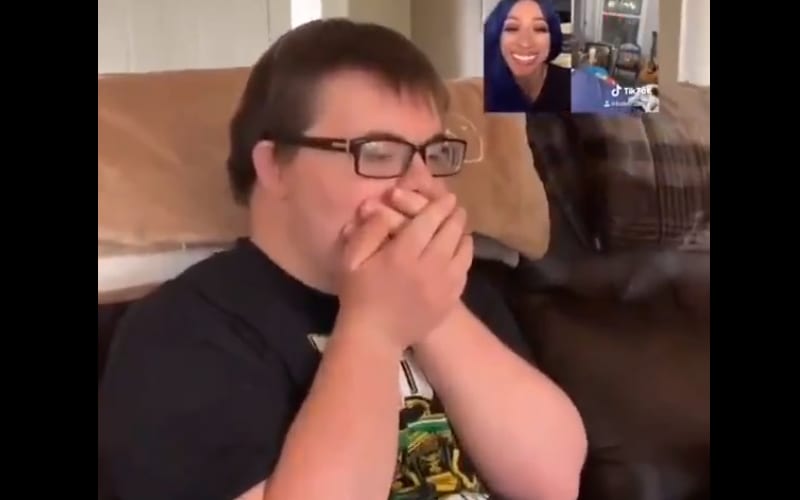 Sasha Banks has a lot of fans who would love to meet her. One lucky fan got that opportunity, and he was not expecting it at all.

Derek is a 23-year-old WWE fan who loves The Boss. He also has Down Syndrome, and a YouTube channel with 32.9k subscribers. Sasha Banks surprised Derek with an unexpected video chat and he was incredibly excited to meet her.

This video got a lot of traction on TikTok, and Banks’ husband Sarath Ton also tweeted out the video. Derek had some guesses about who he might meet on video chat including Murphy and Aalyah Mysterio, but he never guessed The Boss.

Came across this amazing video of @SashaBanksWWE and @baker_banter on tik tok. Just had to share it. This is what its all about.

It doesn’t appear that this video chat had anything to do with WWE other than the fact that Banks is a Superstar and Derek is a huge fan. She did this on her own time, because she wanted to.

The reaction Derek had to meeting Sasha Banks is enough to pull on anyone’s heartstrings. You can check out the video below.