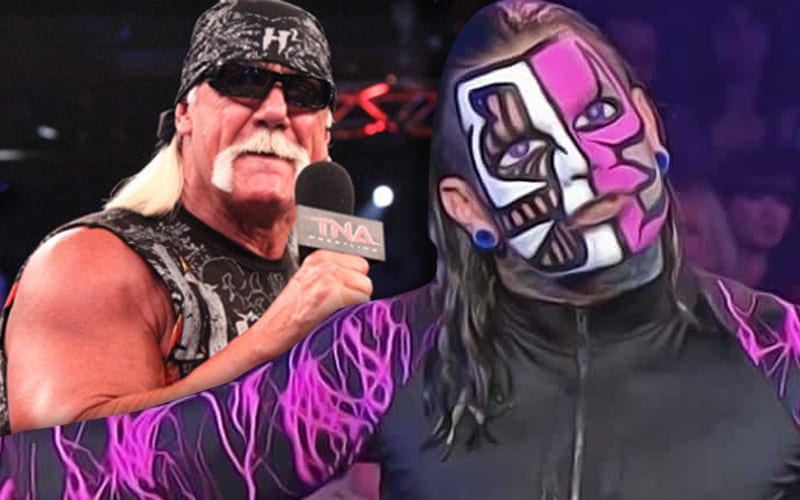 Jeff Hardy’s unique presence earned him millions of worldwide fans, and one of them is Hulk Hogan. The Charismatic Enigma was involved with Hogan in TNA’s Immortal faction, and that was all The Hulkster’s doing.

During a recent episode of 83 Weeks, Eric Bischoff explained that Hulk Hogan came up with the Immortal stable idea, and he immediately wanted Jeff Hardy. That faction saw a lot of members come and go, and Hardy was with them from the stable’s creation on October 10th, 2010 to March 17th, 2011.

“That was Hulk’s idea, as well as creating this faction called Immoral. Hulk was a huge, huge fan of Jeff Hardy. In fact, when Hulk and I first started talking about going into TNA and actually signing with them, it was one of the first things Hulk started talking about was, ‘man, we got to get Jeff Hardy back.’ A close second to that was Ric Flair.”

The original members of Fortune were Eric Bischoff, Hulk Hogan, Jeff Hardy, Jeff Jarrett, and Abyss. They later added Fortune and Gunner with many more following. It’s interesting to know that Jeff Hardy made such an impression on Hulk Hogan that he requested him by name.