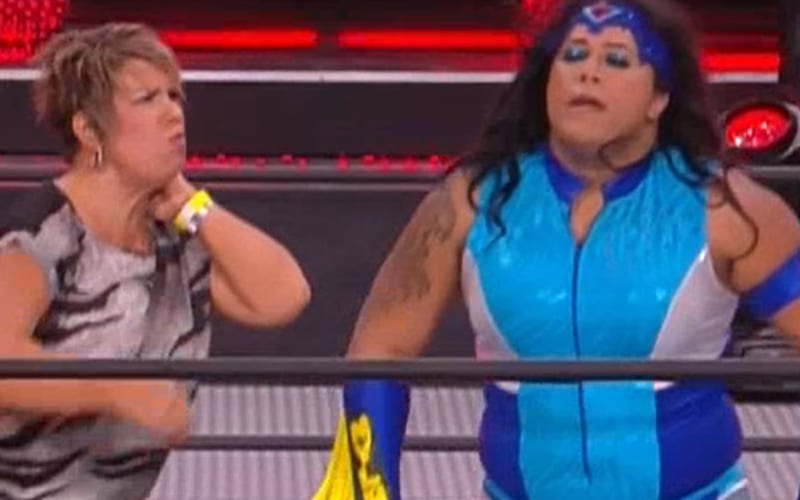 AEW Full Gear featured a Women’s Title match between Hikaru Shida and Nyla Rose. The Native Beast is a huge fan of video games, and she paid tribute to one of her favorite franchises during her big moment.

Click here for out complete coverage of AEW Full Gear.

Nyla Rose came out with ring gear paying tribute to Mega Man. She was rocking a blue look for this big match, and they called attention to it on commentary as well.

Hikaru Shida picked up the win, so that extra motivation from Mega Man didn’t help, but it was still a cool tribute.

AEW is working on their own video game. An announcement is coming on November 10th that will shape the future of AEW Games. We’re waiting patiently until that happens. In the meantime, AEW Full Gear had a little video game representation anyway.