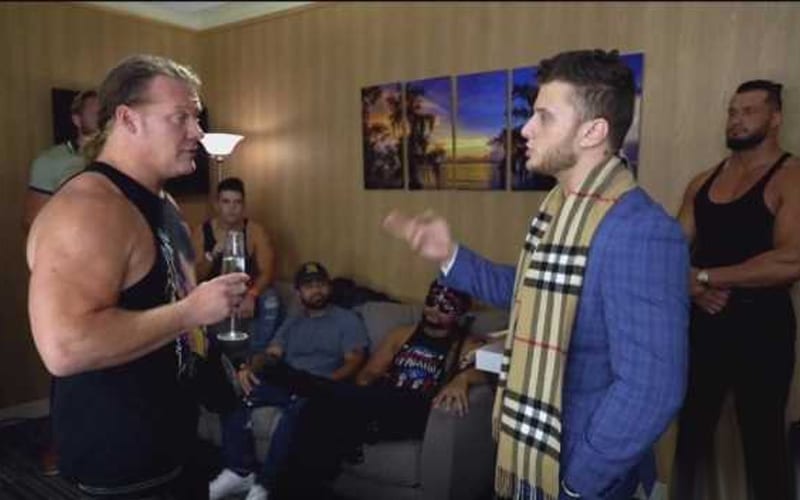 MJF will face Chris Jericho at Full Gear for a spot in the Inner Circle. Wardlow’s situation is quite interesting because he hasn’t really been mentioned in the deal.

While speaking to Vickie Guerrero on her Excuse Me Podcast, Wardlow revealed his feelings about MJF joining the Inner Circle. He’s never needed a bunch of people around him, but he’ll follow Maxwell Jacob Friedman where ever he goes.

“As far as my opinion, or how I feel about the Inner Circle? I’ve never been one to need a bunch of friends or need to be in a group or whatever” Wardlow stated on the podcast. “At the end of the day? I’m Max’s guy. Where Max/MJF goes? I go.”

“Whatever he wants to be a part of? I’m there to have his back. At the end of the day, Chris Jericho is Chris Jericho. So to be associated with him? I don’t find any negative. I don’t think there’s any negative that could exist in that situation.”

MJF recently revealed that he gets half of Wardlow’s winner’s purse. He has a lot of control over the big man, but The Salt of the Earth’s priorities might change if only one spot in the Inner Circle comes open.