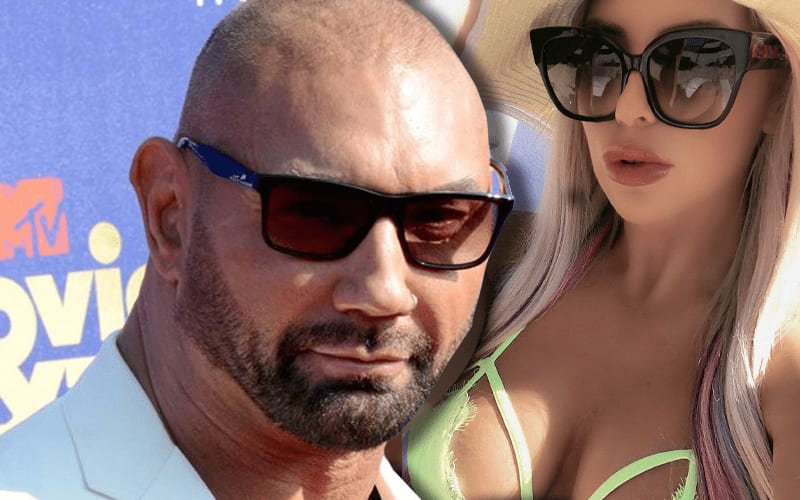 Dana Brooke and Batista teased going on a date around Christmas last year. They flirted quite openly on Twitter, and Brooke also appeared on The Bump to talk about the budding relationship. That romance didn’t really go anywhere.

While speaking to Forbes, Dana Brooke explained why things didn’t work out between her and The Animal. There was interest between the two for a while, and they share a lot in common, but they are both very busy people.

“There’s always been interest between Dave and I as far as friendships and everything. We share a lot in common as far as being in the business and outside, and being very passionate about giving back and charity work as well.”

Brooke confirmed that she broke things off with Dave Bautista, but she is now dating Ulysses Diaz. She said that Batista and her new man have some things in common.

“It’s just with my schedule being so so busy, and Dave doing a lot of movies, our times are very limited. But we still communicate, we still talk on a regular basis, my boyfriend now [Uly Diaz] and him also have a lot in common as far as the fight game goes.”

Dana Brooke is getting an even bigger spotlight on RAW as her team with Mandy Rose picks up steam. You can never say never about Dave Bautista and Brooke giving it another try, but it wasn’t meant to be this time.