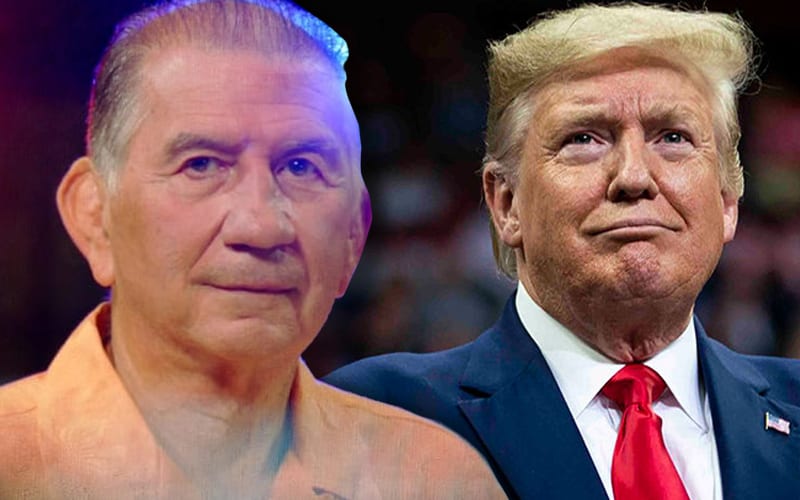 Gerald Brisco is a very clever man, and he has a way with words. Those words helped him come up with a tweet today that was quite topical.

Brisco was released from WWE this year after the company put him on furlough. The US Presidential Election features Donald Trump trying to hold onto the US Presidency, but it’s not looking very good for him as the votes are counted.

Eariler in the day, Brisco tweeted out: “This election is taking longer than Mr. T’s WWE Hall of Fame speech!” He then followed it up with another tweet a couple hours later.

“Looks like I’m not the only WWE Hall of Famer being let go this year!” Brisco tweeted out. His mentions blew up with fans who got the joke, and others commented in different ways.

For the record, Brisco wasn’t the only WWE Hall Of Famer that WWE let go. Kurt Angle was also released from WWE in the same sweep.

WWE Hall Of Famer Donald Trump has not officially lost the election, and we might have a way to go before they make a final announcement. Gerald Brisco still had to get that one-liner out while it was on his mind.