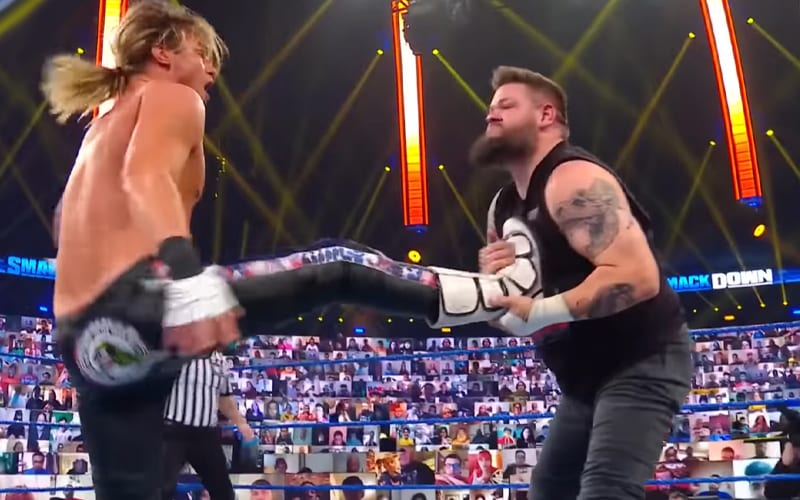 Kevin Owens entered the WWE Universe as NXT Champion, and he took on John Cena. Those two had a few good matches to kick off Owens’ run on the main roster. His son was very happy to see his dad working with Cena, and now Owens is slowly trying to find his way to Cena’s ring attire.

Many fans noticed that Kevin Owens was wearing jeans during SmackDown this week instead of his usual shorts. He posted a funny reply to those people wondering why he switched things up.

One of the most successful wrestlers of all time wore jorts for most of his career. I’m trying to subtly get there.

First, I wear shorts for years.

Then I wear jeans for years.

Then, one day, BOOM! JORTS!

Except this way, nobody notices anything out of the ordinary when I do.

Kevin Owens has proved time and time again that you don’t have to fit the mold in order to become a great wrestler. He might break some ground once again and become another top WWE Superstar who can get away with wrestling in jorts just like R-Truth’s childhood hero.