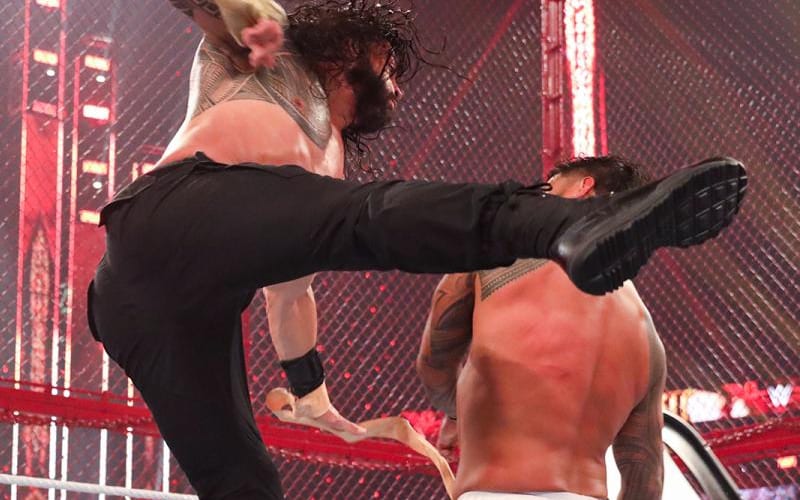 Roman Reigns defeated Jey Uso at Hell in a Cell when he made Uce say “I Quit.” At the time, Reigns was about to choke out Jimmy Uso. That storyline will carry on during SmackDown this week.

WWE’s official website included a write up about what Jey Uso faces this week after losing to Roman Reigns. He never said “I Quit” on his own volition, but he will face the consequences.

At the conclusion of Friday Night SmackDown last week, Universal Champion Roman Reigns laid out the extremely serious consequences that his cousin Jey Uso would face if and when he lost in their Universal Title Hell in a Cell “I Quit” Match. Paul Heyman echoed this sentiment prior to WWE Hell in a Cell, stating that Uso would essentially become an “indentured servant.”

Jey Uso will now be Roman Reigns’ “indentured servant.” In case you need a refresher, the definition of “indentured servant” is: “An indentured servant or indentured laborer is an employee within a system of unfree labor who is bound by a signed or forced contract to work without pay for the owner of the indenture for a period of time. The contract often lets the employer sell the labor of an indenturee to a third party.”

This will certainly bring a new twist to the situation. Roman Reigns and Jey Uso’s storyline has captivated the WWE Universe’s attention so far. It will be interesting to see where things go from this point on.