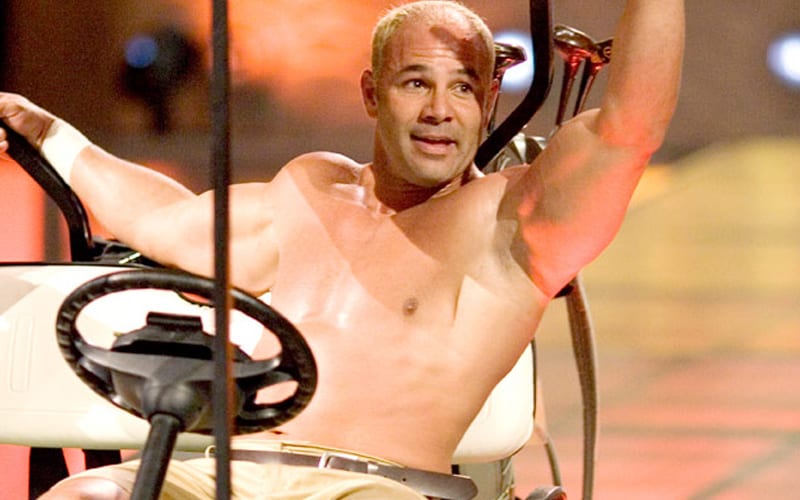 Kerwin White was a very controversial character that would not fly at all in 2020. Chavo Guerrero Jr denounced his Hispanic heritage and he declared himself a white man. It was received terribly, but it could have been worse.

While speaking to Chris Van Vliet, Chavo explained how the Kerwin White character was devised by Vince McMahon. It happened all of a sudden, and Chavo wasn’t a fan of it, but he also knew that turning down this opportunity could mean losing a push, or worse.

Chavo Guerrero also revealed that there was a time when he wanted to wear a white sheet like a KKK member. Vince McMahon loved the idea, but their television network nixed it, and for good reason.

“Vince McMahon greeted me with, ‘Well hello Kerwin.’  I’m like, ‘ok, what is this about.’ Vince said, ‘Today you are going to denounce your Hispanic heritage and you are going to become a white guy.’ I had two options. I could say no and possibly go back on the back burner for a while or get fired, or you say alright, I will do it. At the time, the political climate was different. I had a meeting with Vince and said, ‘if we are going to do this, let’s do it right.’ I’m supposed to be a brown guy playing a white guy saying this is how you white guys are.”

“They would say no. The Hispanics hated me because I was denouncing my Mexican heritage and the Whites because I was making fun of them, said this is not how we dress and I’m like, ‘oh yes you do.’ I’m saying if it’s not white, it’s not right. I had Caucasians saying that’s not how we are. I had everybody hate me. A true heel wants everybody to hate them. I told Vince at the end of the day, I want to come out in a white sheet. He said, ‘Yes, I love it.’ Of course, we never did that because it got too risque and a little too racist for a network.”

“I grew up in the time where the more heat, the better. I wanted to fight my way back to the dressing room every night. I wanted to have to sneak out the back window. I wanted to be in the street with people yelling we hate you because that’s heat. I wanted people to look at me and say, I hate you. Kerwin White only lasted 6 months. I was Kerwin White until the day Eddie died. When Eddie died, we were in Minneapolis for a SuperShow. After Eddie passed, Vince, Triple H, and Shawn Michaels all came to me at Eddie’s hotel room. Vince asked what he should do? Should he cancel the show? I said, absolutely not. Eddie would have never wanted you to cancel the show. The show must go on. I can’t say I made the final decision, but they wanted my opinion on it.”

Chavo Guerrero can look back at that gimmick as a bad idea he survived. It was also an early chance for Dolph Ziggler to cut his teeth on WWE television as the future Show Off played Kerwin White’s caddy.