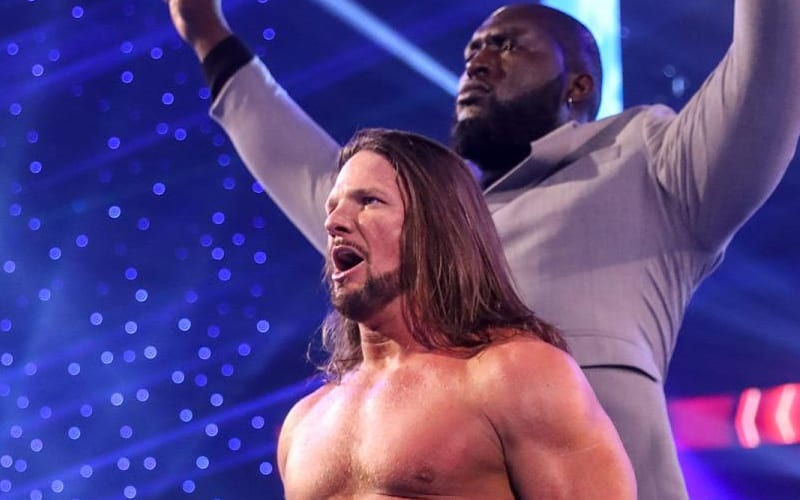 AJ Styles debuted a new bodyguard character who should have been very familar to anyone who watched RAW Underground. Jordan Omogbehin, the 7′ 3″ Superstar from NXT was paired up with Styles after RAW Underground was cancelled. Now Jordan’s name has been nixed as well.

This week on RAW, AJ Styles didn’t refer to Jordan Omogbehin by his real name. They did show it on a name plate during his debut last week, but it was never spoken on screen.

This week things changed for Jordan Omogbehin, because he is now without a name. WWE’s official recap for RAW only made one reference to Jordan, but he wasn’t given a name.

Backed up by his towering new associate, The Phenomenal One had some choice words for The Charismatic Enigma and the WWE Universe before the opening bell.