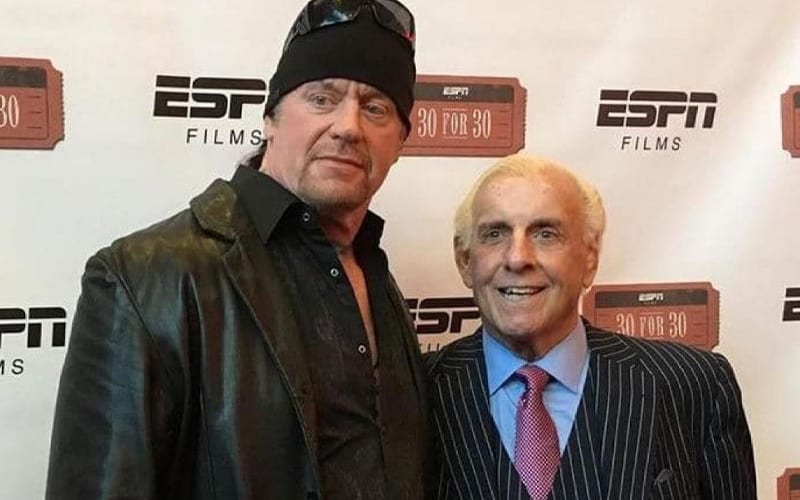 Ric Flair knows what it is like to retire, and he doesn’t think The Undertaker is done in the ring at all.

While recently speaking to Inside The Ropes, The Nature Boy opened up about The Undertaker’s current career crossroads. He said that the Last Ride docuseries “was fabulous,” but once COVID-19 is “under control” then he believes the Deadman will wrestle again.

“I thought The Last Ride was fabulous—there’s not a finer man that has ever been in our business and I’m looking at that from every possible aspect. But I think he will be back. I think he wants it and I think the fans deserve to see him go out in front of 80 or 90,000 people live. I think he needs to wrestle again once we get this COVID under control and I would think it will be at ‘Mania.”

“If things work out and the company elects to go to LA if that’s the plan now—which I’m pretty sure it is but that could have changed since I talked to them last—but if WrestleMania 37 is in Los Angeles and they put 80 or 90,000 in that facility, I think he deserves it. I thought the match was great with AJ, but I could see him and AJ going at it again inside the ring. And I’m sure AJ would jump off the top of a building to get back in the ring with him.”

Ric Flair pushed that WWE is still planning on WrestleMania 37 in SoFi Stadium. Ringside News reported in July that WWE already nixed that plan and they are slated for a Florida return for WrestleMania 37. That report was later confirmed.

We’ll have to see if/when The Undertaker wrestles again. Survivor Series is planned to be built around The Undertaker, but there is no reported plan for him to work a match.