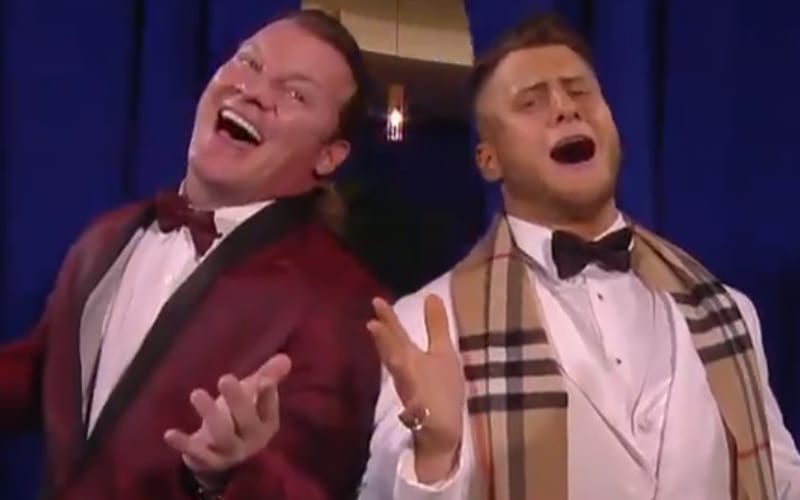 Everyone knows that Chris Jericho has singing chops as the frontman of Fozzy. This week on AEW Dynamite, MJF had a chance to show off his own musical ability.

Le Dinner Debonair took place on AEW Dynamite this week with MJF and Chris Jericho. It started off by the two trying to one-up each other with their steak order. They started well done and changed their orders until Jericho ordered his steak “blue rare.”

Then the two started a musical number unlike anything that has ever been produced by a pro wrestling company before. This was a fully produced number with backup dancers as well.

MJF and Jericho performed a full song and dance number before returning to their seats. When they got their steaks back, they were both “rare, rare.” Then they had to call Velma the waitress once again to correct their order.