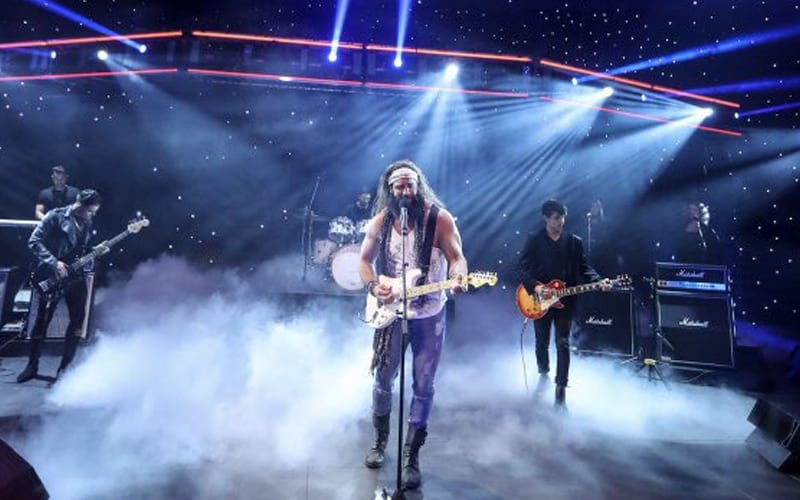 Elias made his return to WWE television during the draft. That pectoral injury healed up, and while The Drifter was out of action there was a record to produce. His role this week on RAW was to provide a concert, and he was actually able to complete an entire song.

Elias had a full band backing him up on RAW this week. The band consisted of members of WWE’s new Def Rebel band according to the Local Competitor.

Elias will now face Jeff Hardy at Hell In A Cell on Sunday, October 25th. As of this writing, their match is the only one not taking place inside the dreaded structure.

We’ll have to see if WWE brings his band back for another performance. Next time they play a song on RAW, Elias will probably check to make sure that Jeff Hardy didn’t take their place during the set.