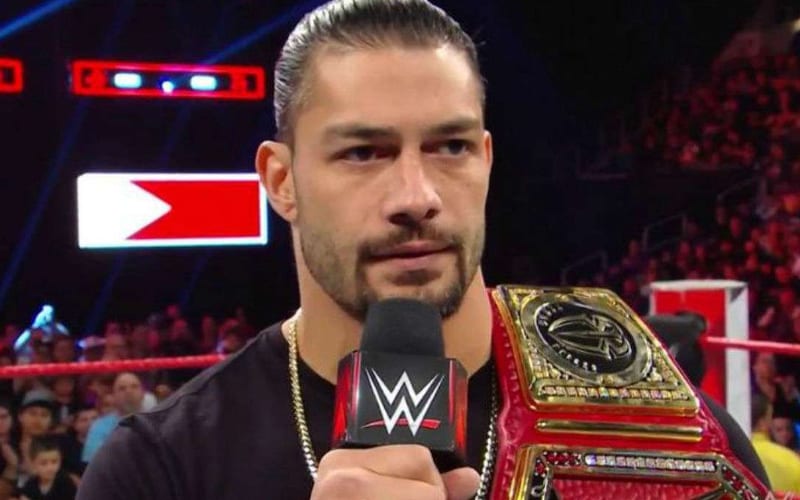 Roman Reigns had to relinquish the WWE Universal Title when it was revealed that his leukemia was out of remission. Prior to that WWE fans had no idea The Big Dog even dealt with this issue. It was a “rollercoaster” for Reigns as he described the experience to OutKick.

Reigns was able to return a few months later where he happily revealed that his leukemia was in remission. He continued on, and just as he was about to regain the WWE Universal Title at WrestleMania he had to go into quarantine.

Looking back, he said that disclosing his leukemia to the world was a bit of a nervous ordeal. He said that the world can be “a very hurtful place” which also didn’t help things.

“It was a bit of a rollercoaster ride, you know. Very scary, especially to disclose this kind of information to essentially the world. We broadcast to a global audience. And I’m sure, as you know with social media and the connectivity of the internet, it can sometimes be a very toxic place, and people can say things that they don’t necessarily mean. They just want to kind of get a rise out of people or get a like, or get a comment and get a little traction. So, they’ll say anything.”

“It can be a very hurtful place. So, I was a little nervous about that, but to be honest, the support and amount of people that lifted me up, it just really made things a lot easier for me to just not focus on anything negative, and just focus on healing and on my family and getting healthy. And that was just an amazing display of love and support that even in a place as crazy as social media, here is a lot of positivity. So I mean, I’m just so thankful to have had that support and that love and know people have my back.”

Thankfully, Roman Reigns had fans who surrounded him with positive vibes and lifted him up during that time in his life. He is back on WWE television and doing what he can to cement his legacy as Tribal Chief.