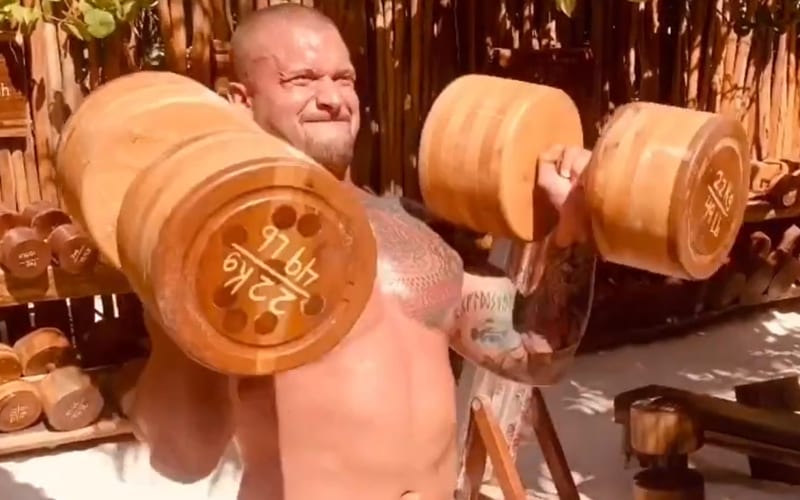 Karrion Kross was forced to drop the NXT Title after winning it from Keith Lee. That separated shoulder was repaired, and the healing process is coming along as well. The former NXT Champions is currently training hard for his return.

Kross dropped a new training video while in Paradise. He went to a Tulum Jungle Gym while enjoying some time away with Scarlett. Both of them are off NXT television until his return.

The caption in an Instagram post says that everyone loves the comeback, but some people aren’t willing to put what they need into it to make that happen. Karrion Kross is obviously willing to do what it takes.

“Everyone loves a comeback, but not everyone is willing to do what it takes. We’re getting closer… and he’s about to be the deadliest piece on the board.”

You can check out the training below. Karrion Kross has no public timetable for his return to the ring. Odds are he’ll be back when we least expect it, and that could be sooner than later.