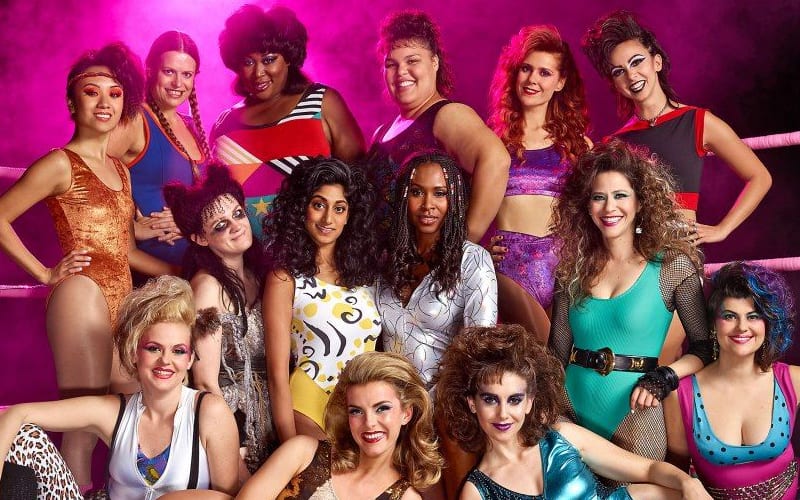 Netflix cancelled GLOW due to the pandemic stopping production. They already had two episodes completed in the final season prior to production having to shut down. Now Awesome Kong who played Tamme has signed a letter along with other cast members that outlined problems with how the show handled roles of people of color.

The long letter referenced hope that they will revise the plan for upcoming seasons. This seems to indicate that it was sent to Netflix prior to them pulling the plug on the series’ fourth and final season. It also was possibly written before it was declared that season four would be the show’s last.

We are writing to you today to share some feelings that have been suppressed in all of us for a long time. As the principal women of color on a show tackling racist and offensive stereotypes, we have felt disempowered throughout our time on GLOW.

We’ve individually come to you to express our concerns over the course of 3 season – whether it be in our character meetings or during specific conflicts within our storyline – and our characters continually remain less fleshed out and less dimensional. It has been problematic to use our faces, oftentimes solely in the context of a racist storyline, and to be brief with our story development to serve the in-depth white storylines.

GLOW has been marketed as a diverse ensemble, but for all of us diverse cast members, it has never lived up to those ideas. Since season 1, the show has planted racial stereotyping into our character’s existence, yet our storylines are relegated to the sidelines in dealing with this conflict or have left us feeling like checked-boxes on a list. Unfortunately, we feel that the promise of this show has not been fulfilled. There is incredible support, love and camaraderie amidst the GLOW cast, and it should go without saying that we are not here to take down our white castmates or our show, but to elevate us all in a deeper, more significant way.

With zero persons of color in the writer’s room this season, it is a huge oversight to be writing our narratives without anyone else to represent us besides ourselves. There has been an emotional toll on us to take care of an enact our characters. The meta narrative of our show – actors dealing with the conflict of perpetuating stereotypes in order to have opportunity – is exactly what is happening in our real life. We feel both devalued in our skillset and only valued for the diversity that we bring. It is a cyclical, psychological pain to deal with one’s currency as an actor and a person of color based on a system that values whiteness. Even when our show seeks to comment on this standard, it perpetuates it. We can no longer be quiet about the pain this has caused us and the harm it has done in perpetuating the representation of people of color as sidekicks to elevate white leads.

Britney Young who played Carmen, Sydelle Noel who played Cherry Bang, Ellen Wong who played Arthie, and Shakira Barrera who played Yolanda also signed this letter. As of this writing, Netflix has not responded.