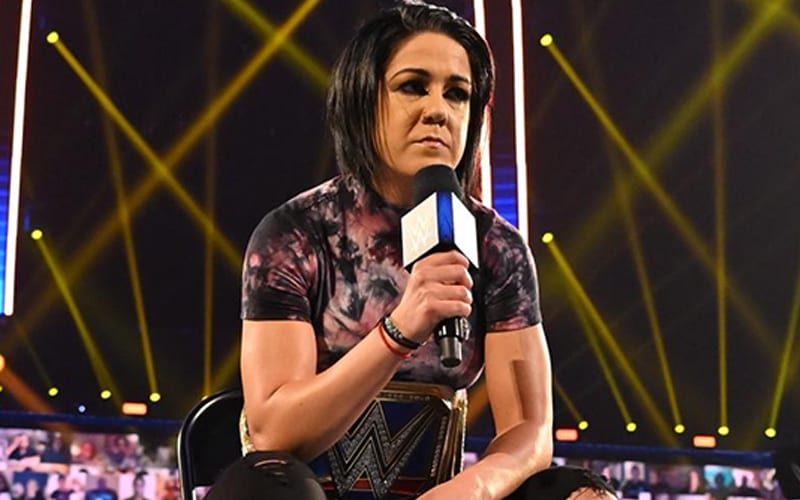 Bayley’s heel turn was met with a fantastic run as SmackDown Women’s Champion that is ongoing. She cut off her hair and murdered her Bayley Buddies as well. Now she is a brand new character which is what she wanted.

After topping the PWI Top 100 Women’s Wrestlers this year, Bayley knew she had a great year. She had to fight in order to make it happen because many people didn’t know if she could pull off a bad girl gimmick.

While speaking to the PWI Podcast, Bayley said that once she had Vince McMahon’s blessing to turn heel she knew it had to work. She said that people not believing in her provided more motivation as she fought to make a new connection with a revamped character.

“Everyone second-guessed things, especially for me because I was doing that Bayley character for 7 years and it brought me so much success. It brought me championships and brought me to the WWE, but it was not something I wanted to do forever. I want to experience everything in my career. I want to ride the wave and do all sorts of things. I knew I couldn’t do it being that one character. Honestly, once I had the company’s blessing and Vince’s blessing, I knew I had to make it work. I had to make it work because it was my decision. If I failed then I failed myself and I failed the company. I definitely think people not believing in me helps because you love to prove people wrong. It helps on screen as well because then I’m not doing it for them, I’m doing it for me.”

The current betting odds for Hell In A Cell show that Sasha Banks is likely to win that SmackDown Women’s Title from Bayley. The book is still very much open on Bayley’s title run and if she has her way it’s not going to close any time soon.