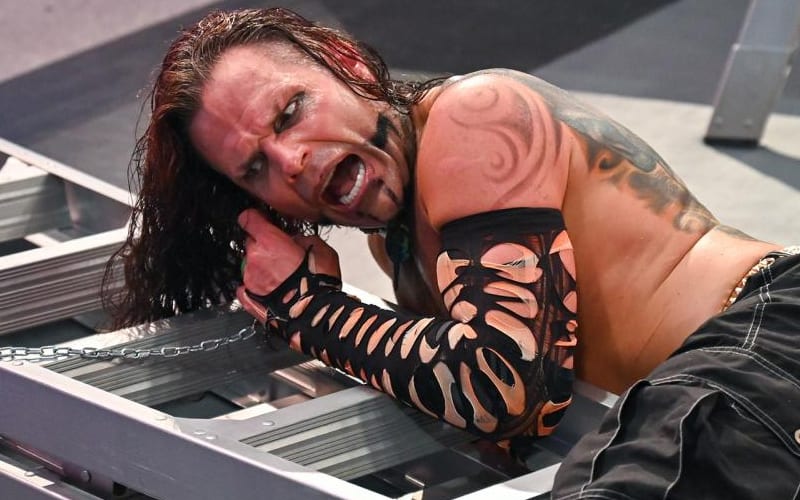 Jeff Hardy is known for his high-flying ability, his tattoos, and his gauged ears among other things. His daredevil style and gauged ears certainly came into play during Clash Of Champions Gold Rush.

During that triple threat ladder match, Jeff Hardy had a smaller ladder handcuffed to his ear. That spot almost cost him an earlobe. He said after the match that it felt like it was torn off.

MVP joked with him about being a trendsetter. Hardy can start wearing ladders as jewelry. When the adrenaline wore off, Jeff Hardy’s ear was still in a lot of pain.

“I’m about done with the ear stuff because when that ladder fell it felt like it ripped my whole… oh man, god it felt like… it was crazy. Then I was just trying to support it, I’m a madman.”

Jeff Hardy might be a self-admitted “madman,” but don’t expect to see him using his gauged ears in any more spots unless they can really convince him to go back to that painful well.