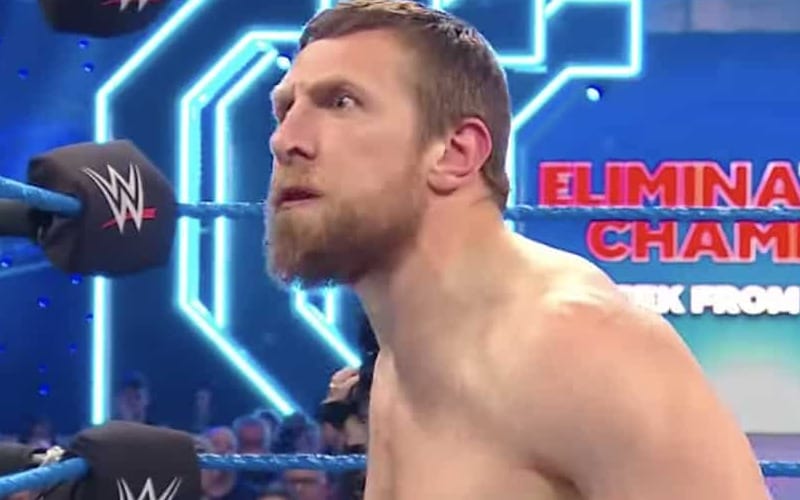 Daniel Bryan is a respected veteran and regarded as one of the best in the world. He can still notice that he doesn’t have the spring to his step that he once did.

While appearing on Talking Smack, the former WWE Champion opened up about his current run in the company. He said that he has noticed that his skills have diminished a bit, which he doesn’t think is fair because he trains his butt off.

His endurance is still good, but he noticed that he can’t jump quite as high near the end of a match. On the other hand, AJ Styles seems to have zero trouble pulling off the same moves he did a decade ago.

“I am at a point now, in my life and career, where I want to test myself against the best performers in WWE. Whether that’s against people I haven’t faced yet, and even people I have faced, since we’ve all evolved.”

“I noticeably have lesser spring in my step as the match goes on, something I realized during my match against AJ Styles.”

“I never had a problem with endurance before. [Although] I still don’t get tired but later in a match, I can’t jump as high anymore, and AJ still can.”

“And its funny because he’s older than me. How is this fair? I train my butt off,”

Daniel Bryan is still regarded as the GOAT by a lot of fans. He is one of the most popular Superstars on the blue brand, and if given the push he could be even bigger.

Bryan has also taken on a job as writer in the past several months. You can click here for Ringside News’ exclusive report on what kind of contributions Daniel Bryan and Edge make in the creative process.