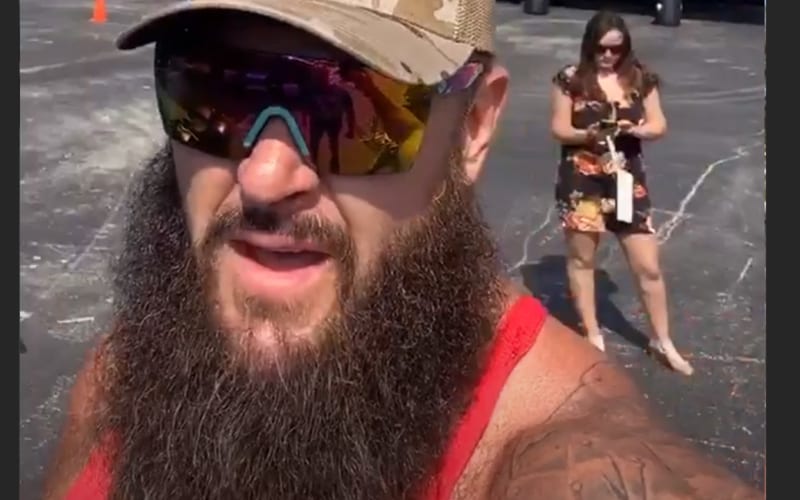 The Sturgis Motorcycle Rally was a super spreader event for COVID-19. 250,000 cases of the novel coronavirus were found to have been contracted at the yearly motorcycle festival. Chris Jericho’s band Fozzy received a fair amount of criticism for playing the event.

Braun Strowman had some time to kill on Saturday, so he attended Biketoberfest in Daytona Beach. The Monster Among Men uploaded a few videos and photos from the festival and there wasn’t a mask in sight, including on his own face.

Strowman just had a big match on SmackDown against Roman Reigns. His work isn’t done this week because he is slated to face Keith Lee during RAW. Hopefully, attending Biketoberfest Fest doesn’t qualify as “at risk behavior” in that pre-show screening everyone must go through.

Florida is now in phase 3 of their reopening. Events like this can proceed without any mandate to wear a mask at all. It’s legal to walk around without a mask with people ignoring social distancing as far as the eye can see. That doesn’t change the fact that we’re still in the middle of a pandemic.