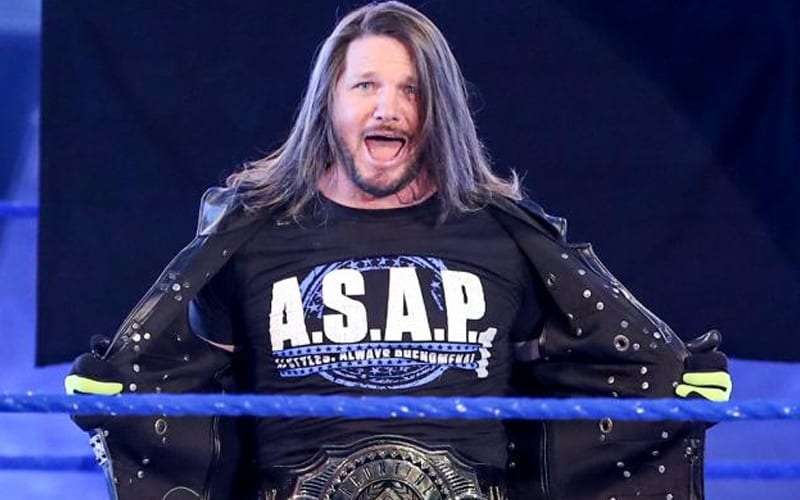 AJ Styles was moved to the RAW brand during the 2020 WWE Draft. Prior to that brand switch, Styles, Jeff Hardy, and Sami Zayn had a chance to tear down the ThunderDome with a ladder match that can only be described as phenomenal.

AJ Styles hyped the documentary with a tweet. He said it doesn’t matter which brand he’s on, he wants to deliver for the WWE Universe. He didn’t win that ladder match, but it was still very special for everyone involved.

No matter what brand and on what show you have to deliver for the audience. A ladder match for the #ICTitle in many ways is THE match to have, so it’s important to remember that when you compete. #WWETheDayOf is now FREE on @WWENetwork … check it out. #WWEClash

AJ Styles is now on the red brand which works better for him. Not only does he get to attend his son’s Friday night ball games, but he is also not on the same brand as Paul Heyman once again.