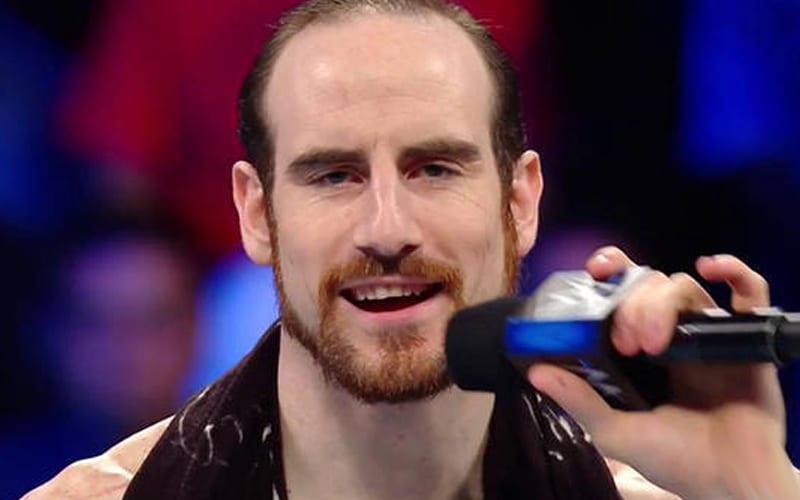 WWE Superstars have a lot of matches that they’ll never forget. Some are easier to forget, but it doesn’t take much to job a Superstar’s memory.

Aiden English was released from WWE on April 15th, but he had a good run in WWE thought their developmental territories prior to making it on the main roster. During a recent interview with All About Ability, he remembered a mixed tag team match with Paige where she got a little physical in the ring. It also happened to be his first real match in WWE’s developmental program.

“Oh my god I forgot about that — that was at FCW and it was me and Audrey Marie, who was a developmental star at the time, versus Rick Victor who was later 1/2 of the Ascension and Paige and she slapped the crap out of me.”

FCW was a place where a lot of current Superstars learned WWE’s way of doing things. Paige entered WWE’s system with a ton of ability and she was already a veteran after coming from a famous pro wrestling family.

Paige obviously wasn’t intimidated by anyone, even to the point where she slapped the taste out of Aiden English’s mouth when she might not have needed to put so much into it. If you’d like to watch the match English is talking about, we’ve located it and embedded it below.