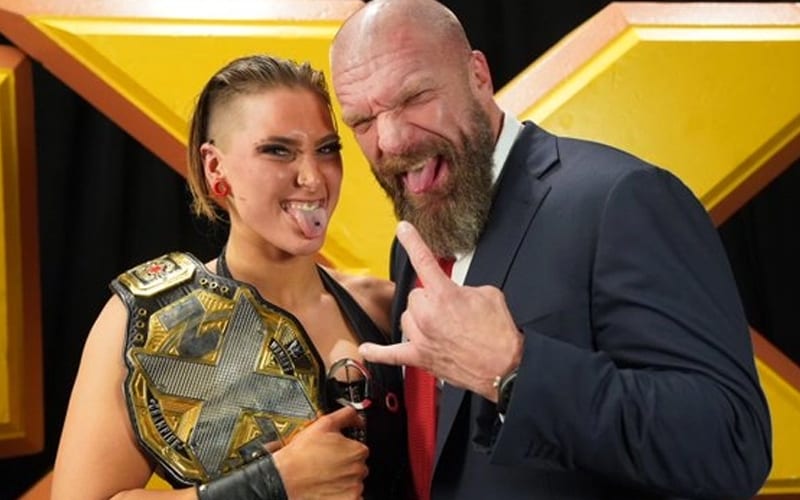 Triple H’s appearance on Friday Night SmackDown last night certainly helped to draw a few more eyes to the product than usual as the blue brand begins an entirely new chapter of its history.

There are plenty of high profile names that are now situated on SmackDown’s roster, and the majority of them actually came from NXT.

With that in mind, it makes sense that HHH was asked who he believes will be the next NXT star to headline WrestleMania in the next few years.

Ripley has already enjoyed a taste of the big time courtesy of her match with Charlotte Flair at WrestleMania 36 this year, but you can bet she’s hungry for more.

It seems almost inevitable that she’s going to make the jump up to RAW or SmackDown in the next few years but for the time being, she’s still doing some great work between the yellow ropes.