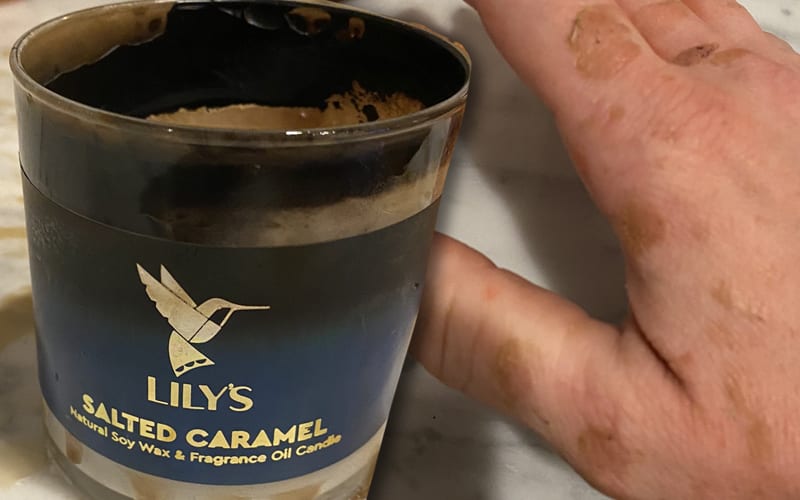 Companies will often send infleuncers like Taya Valkyrie gift boxes so they can try out their products. It’s a really good idea if you’re sending out such a care package that you make sure it doesn’t include any items that could burn down someone’s home.

Taya received a free box of goodies from Lily’s Sweets. She lit the candle, but then it blew up with flames. That candle worked too well and it charred her window leaving her with 2nd degree burns on her hands and face.

Warning! I was sent an influencer package by @LilysSweets, I love their chocolate. Today I lit a candle they sent me. It burned like a torch, charred our window and wall and I just suffered 2nd degree burns on both hands and my face trying to put it out. UN F’N REAL!

John Morrison replied to his wife’s tweet. He wasn’t happy about this at all, and he discovered that his home wasn’t the only victim to these erratic candles. “Got to wonder what they put in their products if they are making candles that burn like propane torches. I just threw away all the @LilysSweets in the house. Ours is not the only home that’s lit their candle that burns like a tiki torch. Be careful with Lily’s.”

This situation could have been much worse. Thankfully, Taya Valkyrie seems to be okay apart from her burns. This is certainly not the kind of tweet that company was expecting when they sent off a box of free merchandise.