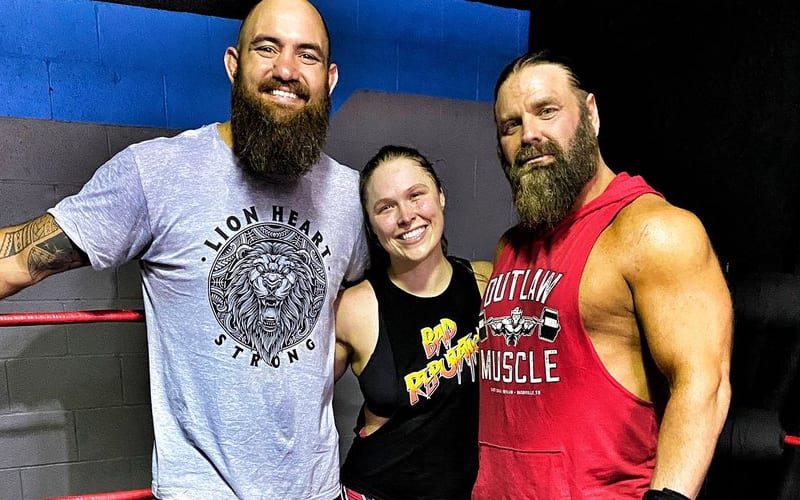 Ronda Rousey is getting closer to the ring, but Paul Heyman recently threw out the theory that she signed an extension on her WWE deal. She’s staying in shape and recently had James Storm in to train.

The Cowboy tweeted out a photo of himself with Rousey and Travis Browne. They invited him to “wrestle around,” and Storm is always ready for that. He also gave Rousey a ton of respect as being able to transition into pro wrestling on a Kurt Angle level.

Big thanks to @rondarousey & @travisbrownemma for the invite to do a little wrestling around. I’ve met a lot of people that come from different sports but none besides @therealkurtangle that have the respect for pro wrestling like she does.

Ronda Rousey’s WWE contract could be up in April, 2021. We’ll have to see because Rousey and WWE have historically kayfabed anything regarding contracts. She posted videos to make fans think she was in Columbia when she was ready for her debut.