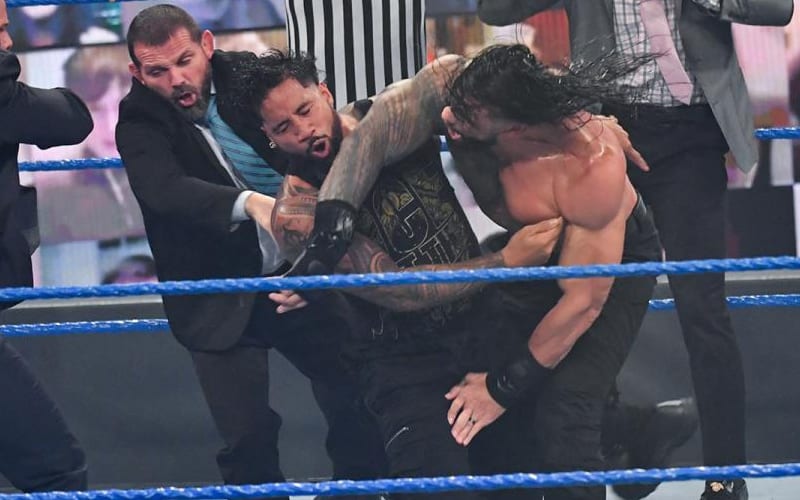 Roman Reigns and Jey Uso will face each other at Hell In A Cell, but The Tribal Chief was forced to put down his cousin on SmackDown this week. That broke his heart.

Paul Heyman put out an Instagram story to explain what was going on within Roman Reigns’ head during the closing moments of SmackDown this week. He said that Reigns was heartbroken because Jey Uso forced him to take that kind of violent measure against him. There will be consequences on October 25th.

The pain Roman Reigns is feeling is called “Heartbreak.”

We’ll have to see if there are any kind of consequences at Hell In A Cell. The Universal Title match won’t end until one man says: “I quit.” The last time Jey Uso faced Reigns his twin brother Jimmy threw in the towel. That won’t be an option next time.