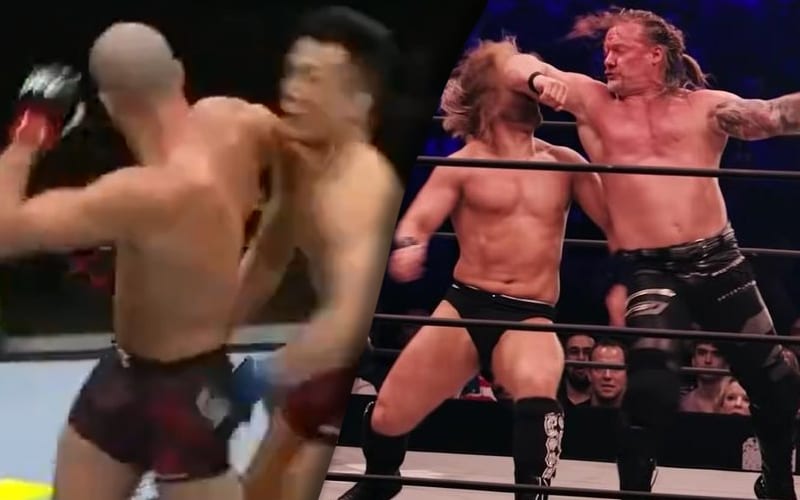 Chris Jericho is a very inspirational figure. He can coin a phrase in an instant to copyright and market, and he’s not the worst person to borrow moves from.

They continued after that, but plenty of people called out how familar that move was. Ortega did win the fight via unanimous decision.

MJF tweeted out a video clip of the Judas Effect making its way onto Fight Island. “Jericho stays influencing the kids,” he said as a caption for the video.

Le Champion and MJF have a steak dinner planned for AEW Dynamite next week. That could lead to MJF becoming a member of the Inner Circle. He’s certainly seeing signs of Jericho in the meantime.