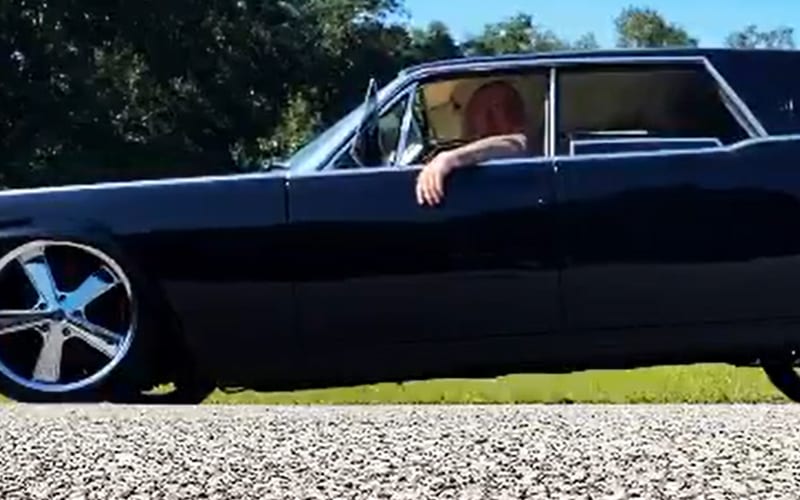 King Corbin makes good money with WWE. He collects expensive watches and the finest oddities you can imagine. He even has a shrunken head. The current WWE King Of The Ring recently tweeted out a short video to show off his ride.

Corbin wanted to show off the hydraulic system for his car. He prefers to ride low at times, and this vehicle provides him with the perfect opportunity. He tweeted out a little caption where he called his specific car his “old man.”

Took the old man out for a drive and he likes riding lowwwwww!!

We can only imagine that if Eddie Guerrero was still with us, he’d still be wrestling at 53-years-old. He might even ask Corbin to borrow his ride for a special entrance, and we’re willing to bet that The King would graciously oblige.