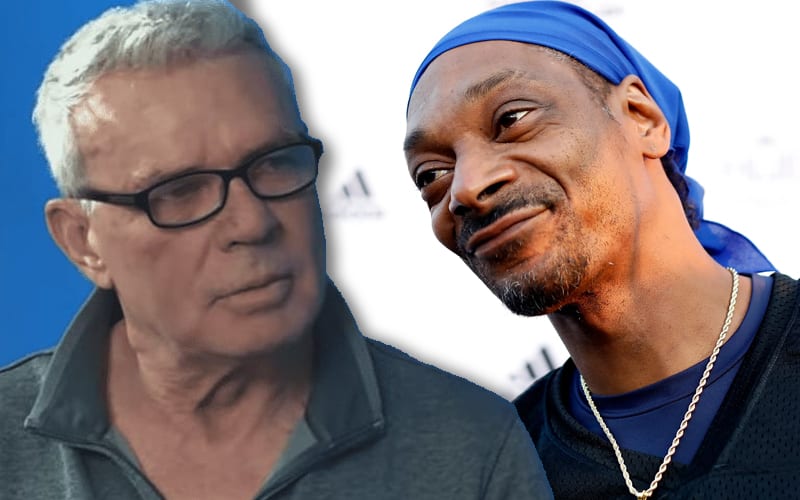 Eric Bischoff has produced a lot of pro wrestling content for television. He realizes that celebrity guests are always going to be a part of the situation, especially around big events. This was something he had to endure time and time again, but he’s not a fan of the experience.

Bischoff spoke on 83 Weeks about his history with celebrity guests. He doesn’t like the idea of celebrities not really having anything to do with the product if they’re just going to come out an wave for the camera.

He said that musicians are the worst. Then Easy E went on to explain how working with Snoop Dogg was “frustrating, frightening, and challenging moments of my life.”

“There was a lot of effort and time put into getting celebrities involved with the show without necessarily being part of the show. By that I mean like a red carpet type of thing, where they come out, and wave to the cameras, and just associate themselves with the event and make it feel like they were part of what was going on but not actually have to produce anything for them. When working with them– sometimes when I feel strongly about something, I need to pause to make sure I don’t say the wrong thing. I’ve worked with some great celebrities. Some of them have been the easiest people in the world to work with. Some of them you would think would not be easy to work with, but are.”

“I have worked with celebrities who barely deserve to call themselves a celebrity, They kind of sort of are, but in their minds they really are, and they’re a pain in the ass. Anytime I find out I’m working with a musician that’s a celebrity, my skin starts to crawl and I break out into a sweat. I start twitching and I feel like what might be seizures start to tremble. I hate it because they’re the worst historically, in my experience. Only mine. I’m not saying– there are probably great celebrities or musicians out there who are great to work with, and I can’t wait to meet you wherever you are.”

“In my limited experience, they are the worst. I cut my teeth on Snoop Dogg on a non-wrestling project and it was one of the most frustrating, frightening, and challenging moments of my life. Anyway, there were going to be celebrities associated with this [FOX] launch, and you talk about herding squirrels – it was just insane. A lot of my time on that particular day was dealing with the egos – the managers, the boyfriends, the girlfriends, and the cousins, and I’d rather chew off my f*cking leg than work with another celebrity. It was the worst! Catering was good, though.”

Eric Bischoff is probably very happy that he doesn’t have to deal with this kind of thing anymore. He is picking his next projects wisely, and odds are he will avoid working with musicians in the future, especially Snoop Dogg.