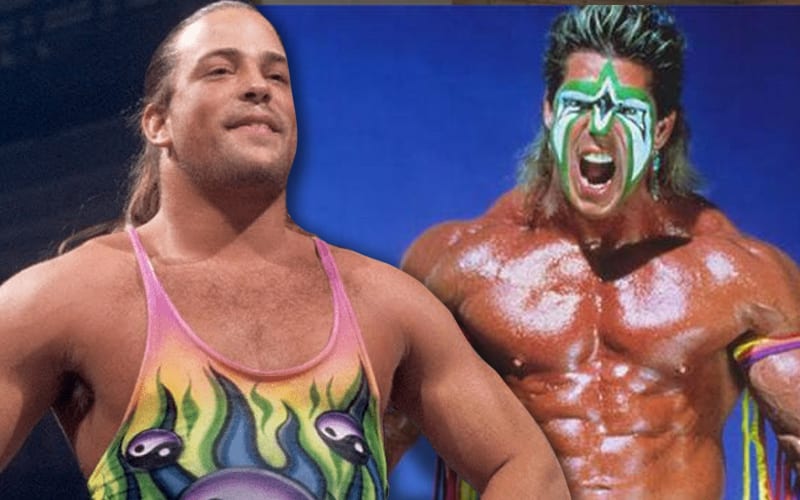 The Ultimate Warrior is no longer with us as he sadly passed away just after returning to the WWE fold. He was a Hall Of Famer at the time of his passing, but that wasn’t his only comeback to pro wrestling.

Hannibal TV recently spoke to Rob Van Dam where the Whole F’n Show discussed helping Ultimate Warrior train for his 2008 return to the ring. That 2008 return included one match in Barcelona where Warrior defeated Orlando Jordan for the NWE World Heavyweight Title.

RVD said that he met The Ultimate Warrior through a mutual acquaintance, and Warrior couldn’t have been any easier to work with. After Warrior died, Dana Warrior told RVD how much he stood out for her late husband.

“It was amazing to me when a mutual acquaintance told me that he really respected my work and wanted to come into L.A. He wanted me to train him because he was getting ready to wrestle again for the first time in 10 years. I didn’t know him at all. I had worked one show with him [NWC’s 1995 event at the Silver Nugget Pavilion in Las Vegas] and I was on the undercard. His wife after he died, she told me … ‘You stuck out to him at that show. He always kept watching you after that throughout the years and he’d always tell me when you were doing really good.’ That was so touching to know that. It’s incredible how full circle all the energy in the universe, how it all works.”

RVD is no longer under contract with any pro wrestling company. He seems content doing his own thing right now, but you can never say never when it comes to a WWE return.

Warrior’s return to the ring in 2008 wasn’t a lengthy one. That match in Barcelona for the NWE World Heavyweight Title was his last match. It’s interesting to know that RVD had a hand in getting the ring rust off such a legend.