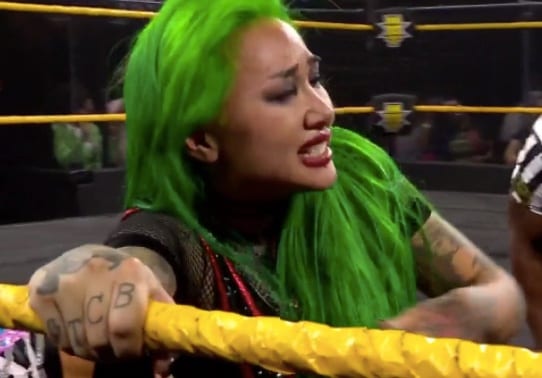 While Shotzi Blackheart may be focusing most of her attention on being the host of Halloween Havoc, she took time away from that role last night as she attempted to gain an NXT Women’s Championship shot.

She was unsuccessful in her bout against Candice LeRae and yet despite that, many fans believed it was her best match yet in NXT.

Someone who was watching very closely was Triple H, and he had some high praise for the bout on social media.

LeRae seems to be considered the favorite heading into her rematch with Io Shirai and if she is able to capture the belt, a rematch with Shotzi down the road makes a whole lot of sense.