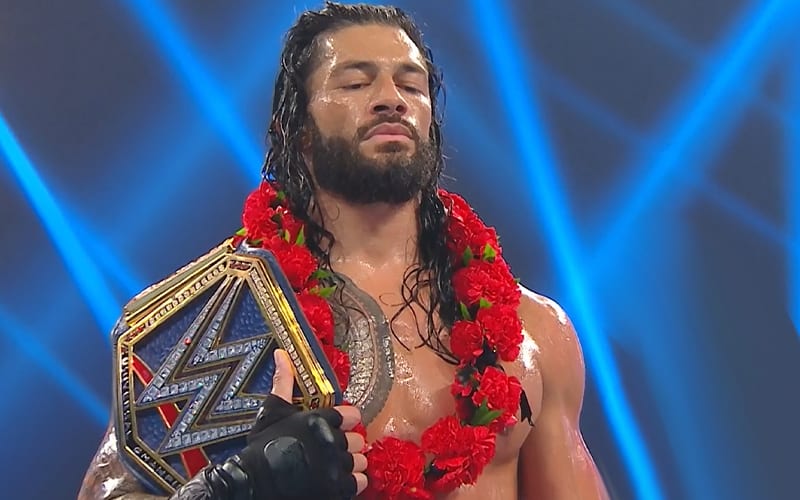 Roman Reigns returned to WWE at SummerSlam, and a week later he reclaimed the WWE Universal Title at Payback. This is only the beginning if you ask his Special Counsel.

Paul Heyman recently spoke to Fox Sports where they lauded Reigns for being “the guy.” Heyman replied that their praise might be a little premature. We are only six weeks into Roman Reigns’ return to WWE and they’re only getting started.

I agree, and I would caution your praise by saying you ain’t seen nothing yet.

We’re just dropping hints now as to how far, how progressive, how compelling we can make this persona.

Roman Reigns has another match against his cousin Jey Uso on October 25th. Next time the two members of the Samoan Dynasty will meet in an I Quit match inside the unforgiving Hell In A Cell structure.

Reigns’ time on top of WWE is likely not going to stop any time soon. You never know what can happen in WWE, but Paul Heyman seems set on the momentum that Roman Reigns already has going.