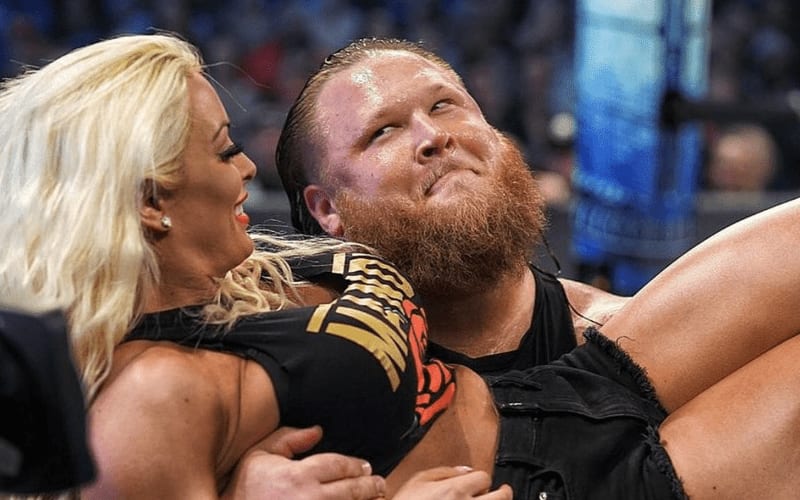 The 2020 WWE Draft did not place Otis and Mandy Rose on the same brand. Instead, Otis lost everyone around him who was previously involved in his angles. Now Otis is all alone, but he’s still Mr. Money In The Bank.

While speaking to The Bump, Otis was asked if he is thinking about sneaking into the ThunderDome so he can watch Mandy Rose in action during RAW. He said “absolutely,” and then explained that Mandy Rose and Dana Brooke’s new tag team has his full support.

“Oh absolutely, she has no idea when my eyes are on her — we’ll, I guess she does in a sense, but just to make sure that I have her back because I know she’s in a tag team now with Miss Dana Brooke. Those two are doing some solid work together, if you know what I’m saying. They have my full support.”

“I know what it’s like to be in a tag team. She’s had a bad relationship with Sonya Deville in the past and I’m sure Dana has her back, but I’m gonna keep my eyes on her especially with Retribution going around and stuff like that. I gotta make sure that I protest the nest protect the flock if you know what I mean. It’s been really hard not to see her, but at the same time that’s how it is in the world as they say.”

Mandy Rose saw what Otis had to say, and she replied back with: “Aw he’s the sweetest.”

Otis and Mandy Rose never broke up on WWE television. They are still technically together in the storyline, but they are separated by brand lines. We’ll have to see if fans get a big reunion down the line to recreate Macho Man and Miss Elizabeth. In the mean time, fans will have to wait and see what’s next as they continue on.