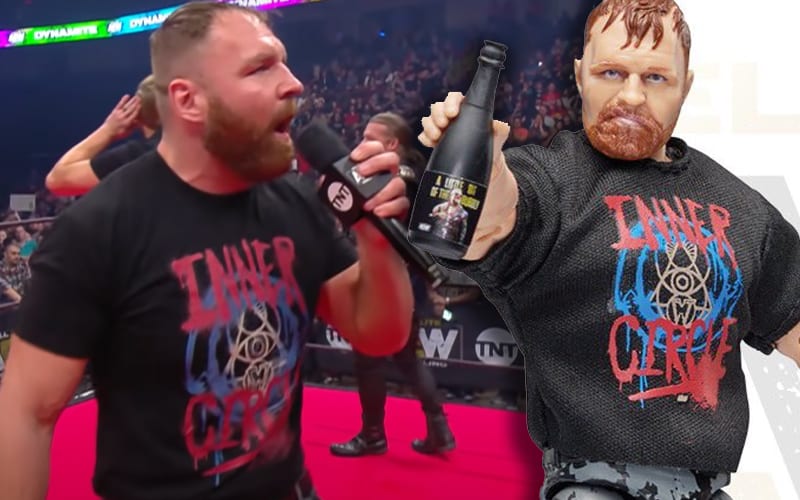 There was a time when Jon Moxley was in the Inner Circle. It only lasted for about 1/2 a segment before it ended poorly for Le Champion. That moment in time will be immortalized in a new action figure from Jazwares.

AEW action figures include Chase figures in their lines. The new line will include a Chase MJF figure with pink trunks. Fans thought that Jazwares was done, but they were mistaken.

Jeremy Padawer of Jazwares revealed that a Jon Moxley figure is also coming as part of series two. The current AEW World Champion will also get a Chase figure, and they’re only making 500 of them.

The Chase Jon Moxley figure will include bottles of the bubbly and an Inner Circle t-shirt. Let’s hope the Chase Moxley figures end up in the hands of fans who can appreciate them and not be very confused by the packaging.

Here is the regular version of the Moxley figure: